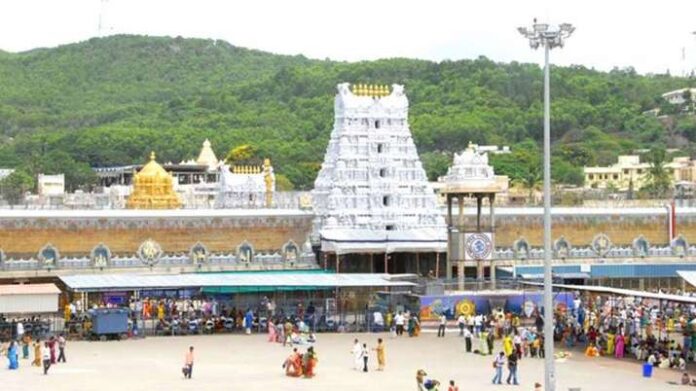 Andhra Pradesh has an old and colourful history. The earliest dynasty in record in the region was the Satavahana dynasty. They were also known as the Andhras. Amravati, which will also be the new capital of Telengana, on the banks of river Krishna was their capital. They promoted national and international trade and were great followers of Buddhism.  They have also been referred to as the Andhras in the Puranas.

Most modern scholars believe that the Satavahana rule began in the late second century BCE and lasted until the early third century CE. The Satavahana kingdom mainly comprised the present-day Andhra Pradesh, Telangana, and Maharashtra.

During the fourth century CE, the Pallava dynasty came into being and extended their rule from southern Andhra Pradesh to Tamilakam and established their capital at Kanchipuram.

The famous Chola dynasty ruled in Andhra from 500 AD to 1100. The Cholas were also called Chodas. Its territory extended from the Maldives in the south to the Godavari River in Andhra Pradesh.

The decline of the Chalukya Dynasty led to the emergence of the Kakatiya Dynasty. The Kakatiyas also claimed descent from the Cholas. The Renati Chola dynasty ruled Rayalaseema from the fifth to the eleventh centuries from Cuddapa, Jammalamadugu.

An 1154 record suggests the Kalachuri dynasty was thought to be founded by Soma, who grew a beard and moustache to save himself from Parashurama’s wrath.

Between 1163 and 1323 the Kakatiya dynasty emerged, bringing the Telugu region under unified rule. During this period, the Telugu language emerged as a literary medium with the writings of Tikkana.

The Reddy Kingdom (1326–1448) ruled portions of coastal Andhra Pradesh for over a century. The Telugus achieved independence under Krishnadevaraya of the Vijayanagara Empire (1336–1646).

The Qutb Shahi Dynasty of the Bahmani Sultanate succeeded that empire. The Qutub Shahis were tolerant of Telugu culture from the early 16th to the end of the 17th centuries.

In 1687, Aurangazeb invaded and annexed Golconda and appointed a Nizam (governor). The Mughal Nizams controlled Andhra for about 35 years. In 1707 Aurangazeb died, and the Mughal regime weakened and lost control of the provinces. This enabled the British East India Company and the French Compagnie des Indes Orientales to consolidate power in India.

In 2017 Telangana separated from AP.That leaves Andhra with a treasure trove of history, a must-see place in India.

ALSO READ ! Spend some time in God’s Own Country

WHAT TO SEE
Nagarjunakonda
Nagarjunakonda is a historical town, now an island located near Nagarjuna Sagar in Guntur district, near the state border with Telangana. It has some original unmarked remains, a few relocated monuments from the flooded valley, an amphitheatre and a museum.

The oldest reconstructed monuments here are the megaliths dating back to the 2nd century BCE. The megaliths, now a dug-up pit encircled by stones, mark burial spots. The 21 megaliths discovered skeletons, shards of bones and funerary items such as black and red ware and iron artifact.

There is a mahachaitya with a dated inscription, which is the earliest monument at the site. It came up before the advent of the Ikshvaku Dynasty, but was re-embellished by an Ikshvaku king in the 2nd Century CE.

Nagarjuna Sagar is well connected to various parts of Andhra Pradesh and Telangana by good roads. NH565 passes through the city.

Chandragiri Fort
The fortification is thought to have been established in 1000 CE by Immadi Narasinga Yadavaraya who ruled from Narayanavanam. After three centuries of Yadavaraya rule, the Vijayanagara dynasty conquered it in 1376. Following a defeat in the Battle of Talikota (1565), they shifted their capital from Hampi to Chandragiri, after which the fort gained prominence. It passed into the hands of the Sultan of Golconda in 1646 and Hyder Ali in 1782, who incorporated it into the Mysore Kingdom.

Spread over an area of 25 acres, the citadel is divided into two parts: the Lower and the Upper Fort. The Lower Fort stretches out along plains to the south of a hill. It is roughly crescent in shape and hence the name Chandragiri (meaning ‘hill of the moon’). There are two well-preserved structures here, Raja Mahal and Rani Mahal.

After the umpteenth darshana at the many temples in and around Tirupati, one could do with a change of scene. And that is where Chandragiri comes in. Visitors to Tirupati often make a stopover at Chandragiri and perhaps, that is why it is the most visited fort in Andhra Pradesh.

Borra Caves
The stalactites and stalagmites in the caves have various interesting shapes – there are formations resembling Shiva-Parvati, Mother and Child, the beard of a saint, a crocodile and even a stalagmite in the shape of a human brain. There is also a naturally formed Shivalinga deep inside the cave; tribal people in the surrounding areas (Jatapu, Porja, Kondadora, Nookadora) throng the caves to pray to the linga every Shivaratri.

The caves were discovered by British geologist William King when he was on one of his expeditions in 1807. These caves are believed to be over 150 million years old. They were carved out by small streams that flow into the Gosthani River. Anthropologists found tools made of stone, belonging to the Middle Paleolithic Age (30,000-50,000 years ago), indicating human habitation in the surrounding areas.

When to visit : November to February are the best months to visit this destination as the weather is pleasant and easier to navigate in as well.

Bheemili Beach
The Bheemunipatnam Beach, at the northern end of the beach road, is a breathtaking sight to behold. Palm Beach has trees lining the beach, which is a quiet paradise for those seeking solitude. The beach and its surrounding areas are also known as Hollander’s green-remains of a Dutch settlement, a ruined fort, Bell of Arms and a 17th-century Dutch cemetery are located here.

On your way to the beach, you will come across Erra Matti Dibbalu, which translates to ‘red sand dunes’. This interesting place has now been protected and preserved as a heritage site.

Visakhapatnam land of sea, beach are dominating the normal climate. The lighthouse and the Buddhist Stupa are the main attractions of this beach. The scenic beauty of the beach attracts many international as well as Indiantourists to this spot every year.

How to Reach : Visakhapatnam is the nearest airport, which is about 106 km away.

Nallamala Hills
The Nallamala Hills is bordered by two major rivers Krishna and Pennar. The enticing vistas of rivers along with majestic hills look like a beautiful painting. The landscape of Nallamalais is unique with Deep Valleys, Gorges Grasslands and Forests and a best place for promoting conservation education to the general public, Pilgrims and students. Nestled in the Nallamala Ranges of Eastern Ghats, the Nagarjunasagar Srisailam Tiger Reserve (NSTR) is a repository of Biodiversity and an abode for endangered flora and fauna.

How to Reach : The closest airport near this temple is in Hyderabad. Markapur is the nearest Train Station.

Submarine Museum
INS Kursura, the historic submarine of the Indian Navy, which was commissioned in 1969 in the Soviet Union, operated in the Arabian Sea during the Indo-Pakistan War of 1971. Today INS Kursura is a prime tourist attraction in Visakhapatnam, The interior of the submarine has dioramas of naval officers depicting the way of life in waters and other elements depicting how submarines Work during wartime and their basic operations.

INS Kursura was decommissioned in 2001 after being utilised for 31 years. She still receives the Dressing Ship Honour, which is usually awarded only to submarines that are active.

Sri Venkateshwara Swamy Temple (Tirupati Temple)
Mythologies aside, textual evidence from Sangam poetry suggests that the shrine was well-known in the early centuries of the Common Era. There are about 1,150 inscriptions in the temple in Tamil, Telugu and Kannada. These were engraved by different dynasties such as Cholas, Pandyas and Saluvas, which points to continual royal patronage of the temple.

The earliest inscription dates back to the 9th century CE. It was engraved during the reign of Vijayadanti Varman of the Pallava Dynasty. Krishnadevaraya of the Vijayanagara Empire visited the temple seven times in his lifetime and made generous donations, the details of which are inscribed on the temple walls.

The base to visit Tirumala is Tirupati, a city 20km away, at the Seshachalam foothills. Tirupati is often used to designate not only the city proper, but the entire conurbation, including Tirumala. The holy site of Tirumala (literally ‘holy hills’) encompasses the seven peaks of the Seshachalam Range (part of the Eastern Ghats).

The Sri Venkateswara Temple at Tirumala welcomes 50,000-100,000 devotees and serves 15,000-25,000 free meals a day on an average with the numbers rising manifold during festivals and on auspicious occasion. A visitor cannot help but notice how clean and organised the temple premises and functioning are, almost as if the deity were orchestrating everything. Dhotis and Sarees are the traditional popular attire.

The practices of tonsure and using tilaka are popular among devotees of Lord Venkateswara. Tirumala Tirupati Devasthanam (TTD) runs a large number of guest houses, cottages and dormitories, which can host thousands of people.

The rooms are comfortable, albeit basic, and quite reasonably priced. Rooms, suites and cottages are available at Sri Padmavathi Guesthouse, Sri Venkateswara Guesthouse and Varaha Swamy Guesthouse.
Reservations can be made online at ttdsevaonline.com

Chintala Venkataramana Swamy Temple
It is worth making a stopover at the industrial town of Tadipatri for its marvellous Vijayanagara Era temples. The Chintala Venkataramana Swamy Temple, built with black granite stone, is known for its massive gopuram, which has a plethora of engravings at its base. In fact, the entire temple has a wealth of carvings, most of which depict scenes from the Ramayana. In front of the sanctum is a chariot, which is a miniature version of the famous stone chariot in Hampi.

How to Reach : Bengaluru is the nearest airport to Tadipatri which is 218 km away.

RESTRICTIONS
During Covid, the following need to be kept in mind. There is no separate permission/e-pass required to enter Andhra Pradesh. All people visiting the state are randomly screened by persons appointed by the District collectors. Quarantine periods are also not required unless tested positive

ANDHRA CUISINE
Andhra Style Chicken Curry
Succulent chicken pieces are added to hot and spicy masalas, garnished with fresh coriander leaves and served hot with steamed rice. A real quick and easy chicken recipe that can be cooked within an hour but looks exquisite and elaborate for a dinner party.

Hyderabadi Biryani
Hyderabadi Biryani is a signature dish of and one that is not to be missed. Meat is combined with piquant spices, curd, butter and saffron, tossed in semi cooked rice and garnished with cucumbers. This flavourful and delicious gastronomic wonder is a treat to relish on and is often cooked for dinner parties in north Indian kitchens.

Pesarattu (Green Gram Dosa) :
Explore the timeless flavours of the classic green gram dosa. Made with green gram eaten as a snack or a breakfast meal, pesarattu is a native food of Andhra Pradesh.

Crispy Andhra Bhindi
Deep fried crispy bhindi is tossed in a home-made masala of exotic spices, coconut and garlic. This bhindi recipe is just the perfect option to cook as a side dish for lunch.

A land of history and nature