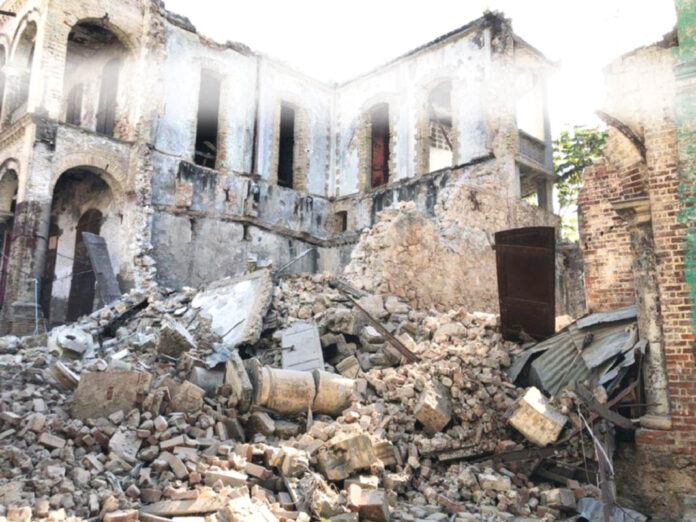 As a 7.2 magnitude (on the Richter scale) earthquake hits Haiti, killing over 2,200, the desperately poor country tries to stay afloat.

On August 14, as India prepared for its 75th Independence Day, people in Haiti were devastated by yet another earthquake of 7.2 magnitude on the Richter scale. So far, the number of casualties from the earthquake is 2,207, with 344 people still missing.

This was the data released by the country’s Civil Protection Agency. This figure is higher than the earlier estimate of 2,189. The injured numbered 12,268 and nearly 53,000 houses have been destroyed.
These are the figures coming in, even as international aid filters into the country, bit by bit. The American aid agency Samaritan’s Purse has opened a field hospital, but this wasn’t enough. Also, aid distribution is becoming a problem, with lax security at distribution points. Armed gangs have hijacked aid trucks and desperate crowds have scuffled over bags of food.

The hardest hit is a city called Les Cayes and the generally impoverished peninsula is struggling to stay afloat.
Haiti is a desperately poor country, often devastated at the hands of earthquakes, floods and other calamities, hampering whatever development activities that may have been undertaken in the past.

In 2010 Haiti had suffered a bigger earthquake. The world had responded quickly and humanitarian aid was promised by numerous organizations—spearheaded by the United Nations and the International Red Cross. Countries had sent in doctors, relief workers, and supplies in the wake of the disaster. India, too had sent a large amount of relief. That time, even though the disaster was greater, the relief was better organised. Former US president Bill Clinton, who had in May 2009 been named the UN special envoy to Haiti, was assigned the task of coordinating the relief efforts. The US military, though, was criticised, having withdrawn after initial engagement. The army left UN peacekeepers and Haitian police to maintain order.

The model used then was based on the relief carried out in the Indian Ocean 2004 tsunami.