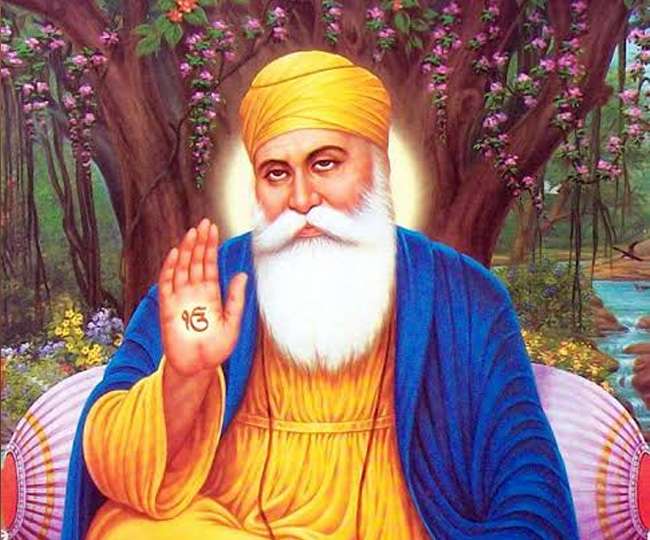 As per tradition Guru Nanak Jayanti coincides with the Kartik Purnima date as per the Hindu Lunar calendar. Thus, Gurpurab 2021 is being celebrated on November 19. This is the biggest festival of the Sikh community. There are prabhat pheris and sabad kirtans from morning, as people decorate their homes and gurudwaras with lamps and lights. Langar and service work are carried out across the cities.

The celebration of the guru’s birth anniversary begins two days prior to the actual date. On the first day of the celebrations, Sikhs read their holy book, the Guru Granth Sahib, from beginning to end.
As is the tradition on the second day, the holy book is paraded through the streets of Amritsar in a hand-held carriage. The procession is led by five people representing the original Panj Pyare (“the Five Beloved Ones”) who helped shape the religion.
Life and teachings
Guru Nanak Dev was the founder of Sikhism and the first Guru of the Sikhs. His life and teachings show the right direction not only for a particular religion, but also for the entire human race. That is why his birthday is known as Prakash Parv. Guru Nanak Dev was born on the day of Kartik Purnima in 1469 CE at a place called Talwandi in present-day Punjab province of Pakistan. There, today, is a gurudwara named Nankana Sahib.
Nankana Sahib Gurdwara was built by Maharaja Ranjit Singh. Guru Nanak Dev firmly believed that an individual could connect with God through sincere prayers. He didn’t encourage traditions that included sacrifices. All his teachings and preaching are composed together to form the sacred book called Guru Granth Sahib. It is the central holy religious scripture of Sikhism, regarded by Sikhs as the final, sovereign and eternal Guru.

Guru Nanak Dev had given the message of worshiping a formless God, opposing idol worship. He devoted his life to removing the evils of the immediate society.
Some Gurunanak’s wisdom Quotes

–      First of all one should conquer one’s own evils and wrong habits.

–      Arrogance is the biggest enemy of man, so one should give up egoism
and lead a life with humility in service.

–      The Supreme Father of all is the same, so everyone should live with
unity and love.

–      Food is necessary to keep the body alive. But the habit of hoarding for greed is bad