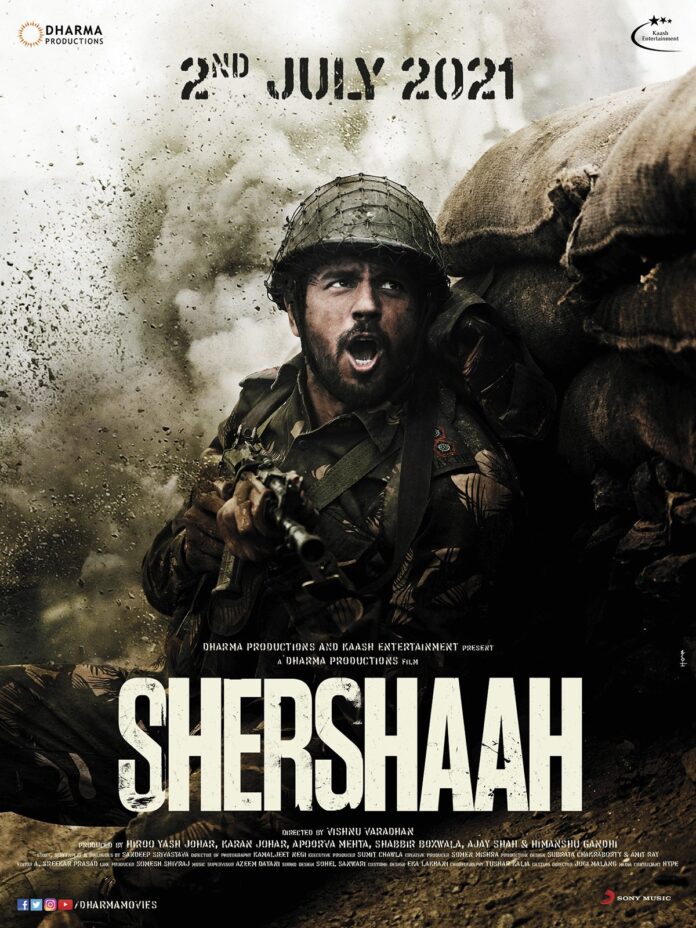 The wait for Siddharth Malhotra and Kiara Advani’s Shershaah is finally over as its trailer dropped on social media. Based on the life of Captain Batra, who died in the Kargil War at the age of 24 and was posthumously honoured with the Param Vir Chakra, the film is expected to be a super hit.

Sharing the trailer of the film on her social media, the 28-year-old actress wrote: “His love and commitment is now yours to celebrate. Presenting the unforgettable true story of Captain Vikram Batra’s (PVC) bravery and courage!”

Sidharth Malhotra also shared the trailer on his social media and captioned it as “Captain Vikram Batra reporting on duty! The wait is finally over, I’m honoured to present to you the legendary story of our Kargil War Hero.”

Shershaah is produced under the banner of Karan Johar’s Dharma Productions and is helmed by Vishnu Varadhan. To launch the trailer of Shershaah, Sidharth Malhotra, his rumoured girlfriend Kiara Advani, and Karan Johar flew to Kargil.

However, Vikram Batra’s twin brother Vishal Batra, on the eve of Kargil Vijay Diwas unveiled the trailer of his martyred brother’s biopic, Shershaah.

“It was our dream to make a film on Vikram and it took birth in 2015. Shabbir Boxwala from Kaash Entertainment (co-producer, Shershaah) was the first person to approach us to make the film,” Vishal said at the trailer launch, which marked the 22nd Kargil Vijay Diwas celebration.

The film will release on August 12 on Amazon prime.