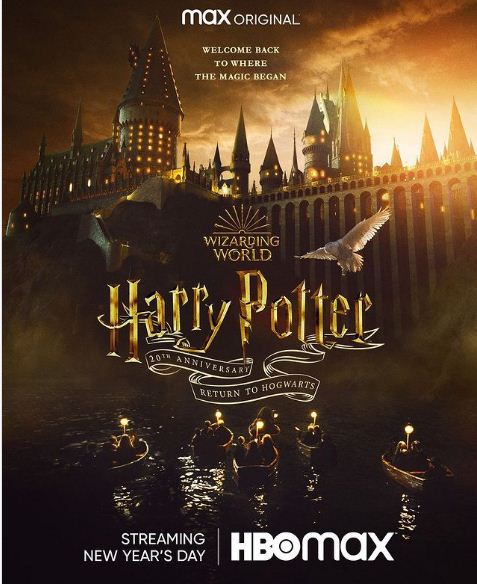 All born in the early 90s and before that, Harry Potter was the biggest fantasy drama-movie. The popularity of this was even beyond the Lord of The Rings and Hobbits. Those were heady days, not just for the book series, but also for the fabulous eight-film movie series.

The nostalgia is so great that this recreation and recap, through in-depth interviews and conversations with the cast, is bound to make heads turn. This is the first official reunion since Harry Potter and the Deathly Hallows: Part 2 brought the film series to a close in 2011.

The series is based on a brilliant series of fantasy books written by British teacher JK Rowling. It is about a boy named Harry Potter, whose parents died a violent death, while protecting him from the Dark Lord Voldemort. As Harry Potter grows up, he learns that he is also a magician and is taught at a school called Hogwarts. Harry is invited to Hogwarts, which is located somewhere in the Scottish Highlands.

This will be the 20th part of the Harry Potter series and the viewer will see every character return from that land of magic. They will relive their cinematic and other experiences in interviews as they sit together, talking about their journeys and friendships in Harry Potter.

Daniel Radcliffe became one of the world’s highest-paid actors for his lead role in the Harry Potter series, but his later ventures into other films failed to measure up to his successes in those films.

The reviews have been good so far about this 103-minute episode. Emma Watson has confessed that she had a crush on Tom Felton Thomas Andrew Felton, an English actor, who played Draco Malfoy in the film and said she would look for his name in the call sheet and be excited if he was on it.

Then comes the cutest of them all, Ruper Grint, or Rupert Alexander Lloyd Grint, an English actor who rose to fame for his role as Ron Weasley in the film. Alfonso Cuarón who directed Prisoner of Azkaban revealed how to assign homework to Daniel, Rupert and Emma. While the other two did their best, Grint refused. This is an interesting mystery and possibly pretty funny too, and one needs to see the show to know the details of why.

However, reviews say this isn’t really a deep dive into the series of movies and it is just about a feel good issue.

The recap is in four parts, each devoted to two films.