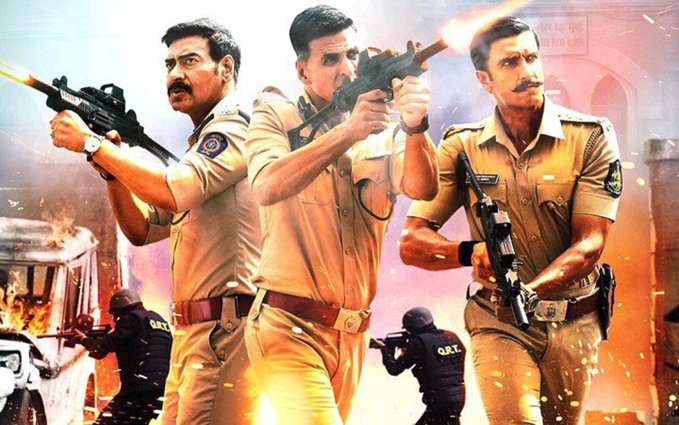 Producer-director Rohit Shetty’s film ‘Sooryavanshi’, which had been delayed for 19 months because of the Corona pandemic, has been finally released on OTT platforms, awaiting release in theatres as well.

Sooryavanshi is basically an action thriller where Akshay Kumar is an Anti Terrorism Squad (ATS) officer, with Jackie Shroff is the villain, called Omar Hafeez, who is the Lashkar chief. Katrina Kaif acts opposite Akshay.

While the story of this film is loosely based on the terrorist attack on Mumbai, it has to be considered a work of fiction. The base of the story is an attack being planned by the Lashkars on Mumbai, while the responsibility of stopping that rests on a special warrior of Mumbai’s ATS, named Veer Suryavanshi. Suryavanshi, Simmba and Singham put all their might to stop the attack on Mumbai.

Sooryavanshi is a cop who puts his duty ahead of his doctor wife Riya (Katrina Kaif) and son. He has lost his parents in the Mumbai bomb blasts and that is why he is on the hunt for Bilal (Kumud Mishra) and Omar Hafeez (Jackie Shroff), the masterminds of this blast. Both have fled the country after committing an inhuman incident in Mumbai.

The film spans incidents from the 1993 blasts to the 26/11 attack on the Taj Hotel. It is also said that the biggest attack on the city is yet to happen and that terrorists had come to India with one ton of RDX during the 1993 blasts. Out of this only 400 kg was used in the serial blast at that time, while 600 kg RDX was kept hidden in India itself. Now some sleeper cells of Lashkar have become active again.

This time DCP Veer Suryavanshi comes to save the city from the biggest attack of Lashkar. He is devoted to the country and is supposed to be the best in the country at such work.

Meanwhile, sitting in the neighbouring country, Lashkar chief Umar Hafeez (Jackie Shroff) sends his special men to India to carry out the attack. All terrorists stay in India for years, changing into disguise and under false names.

Sooryavanshi slowly reaches out to all the terrorists of the sleeper cell and his old associates Singham (Ajay Devgan) and Simmba (Ranveer Singh) arrive to help him reach the goal.

Review
Sooryavanshi is truly a big ticket entertainer that ought to be enjoyed on the wide screen. This is surely among Rohit Shetty’s best works. Like Manmohan Desai, he knows the pulse of the audience and serves a dish that they relish. Call it a paisa-vasool entertainer, if you will. Despite the storyline sounding predictable and the plot hackneyed, its screenwriting is exceptional. Apart from the cinematography, this is what carries the film. The screenplay is gripping in parts, developing from a slowish first half.

Filming Location:
The film’s first schedule wrapped in December 2019 in Mumbai. The second schedule took place in Bangkok. The shooting wrapped up on November 30 2019 in Hyderabad.