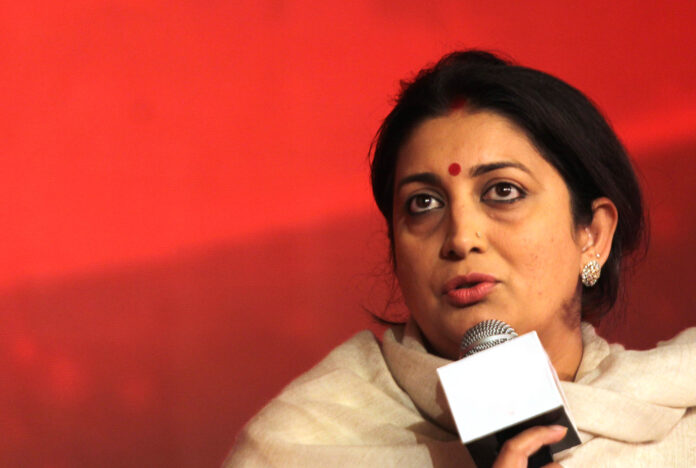 The proposed Indecent Representation of Women Amendment Bill, 2012 has been withdrawn by the government, having noticed that the special issues that the bill addressed have all been addressed in the existing Information Technology Rules 2021, the Cinematograph Act 1952 and other provisions of the law.

The government felt that these amendments were no longer required in the backdrop of existing realities and laws that have already addressed the proposed amendments. Hence there are no remaining concerns. The ac was formulated way back in 1986.

The withdrawal was done in Parliament, despite the disruptions that happened with the Opposition raising slogans and rushing to the well of the house, protesting other issues at hand. The disruptions continued, and there were repeated adjournments, but as the proceedings of Rajya Sabha resumed after lunch at 2 pm, BJP member Surendra Singh Nagar who was in the chair, asked Smriti Irani, the minister for Women and Child Development to withdraw the bill.
Irani said: “I rise to move for leave to withdraw the bill.” That was the end of it.

The bill was introduced in the Rajya Sabha on December 13, 2012 by the Minister of State (Independent), Women and Child Development, Krishna Tirath.

The bill had sought to amend the Indecent Representation of Women (Prohibition) Act, 1986. That act prohibited indecent representation of women through advertisements or publications, writings and paintings (primarily the print media).
The bill had also sought to widen the scope of the Act to cover new forms of communication such as the internet, satellite based communication, cable television etc. These, of course, have been addressed by the Information Technology Rules 2021.

The bill had wide scope. It also prohibited the publication or distribution of any material, which contain indecent representation of women. These provisions did not apply to material, which may be published in the interest of science, literature or art or for bona fide religious purpose or for sculptures in ancient monuments or temples.

The Bill had added new definitions of “indecent representation of women”, “electronic form” and “publish”.  “Indecent representation of women” means the depiction of the figure or form of a woman in such a way that it has the effect of being indecent or derogatory or is likely to deprave or affect public morality, said the bill.  “Electronic form” meant any information generated, sent or stored in media, magnetic and optical form (as defined in the Information Technology Act, 2000).  “Publish” includes printing or distributing or broadcasting through audio visual media.

It amends definitions of “advertisement” and “distribution” to include all types of media (printed and electronic).
The Bill authorises any police officer of the rank of Inspector or above to investigate offences committed under this law.
The Bill enhances penalties for various offences.  For representing women indecently, the penalty for the first offence was increased to imprisonment of three years from two years and a fine between Rs 50,000 and Rs 1 lakh from Rs 2,000.  For a subsequent offence, the term of imprisonment shall be between two and seven years and fine between Rs 1 lakh and 5 lakh.