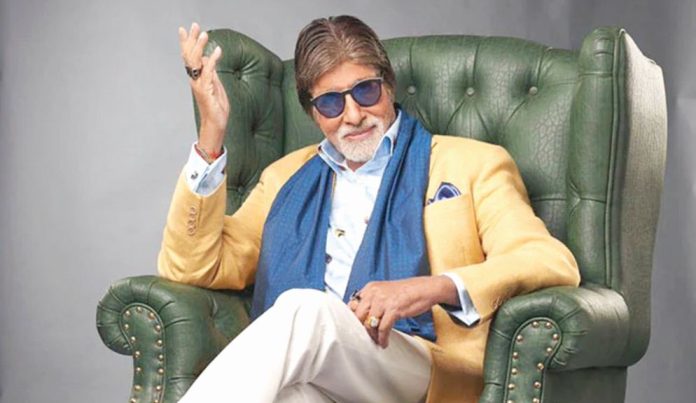 Amitabh Bachchan, arguably one of Hindi cinema’s biggest superstars, is now 80. Active in the film industry since 1969, he has worked on more than 200 films and is still continuing his acting career. Affectionately called Big B, the beloved Bollywood actor rose to fame in the early 1970s on the back of roles in hit movies such as Zanjeer and Sholay, Deewar (1975), Don and Trishul. He also earned the tag of Angry Young Man for his powerful performances.

Bachchan saw a sluggish career progress through the 80s. However, he came back as a host to of Kaun Banega Crorepati (KBC), the Indian adaptation of the British television game show Who Wants to be a Millionaire?’

Bachchan has been working for over five decades in showbiz and has not only worked in different film industries, but has successfully dabbled in nearly all mediums, including but not limited to television. Many stars have over the years cited him as an influence, including Shah Rukh Khan and Aamir Khan. Big B has constantly managed to reinvent himself over the years and keep himself relevant in a business which is all about change.

To celebrate his birthday, wife Jaya Bachchan and son Abhishek Bachchan will join him on Kaun Banega Crorepati 14 for a special episode. Apart from talking about each other, the episode will also see Jaya and Abhishek making some revelations about Big B.

Sreejesh, Savita Punia are FIH’s Goalkeepers of the Year
Savita Punia, the captain of the Indian women’s hockey team, and veteran goalkeeper PR Sreejesh both received the FIH Goalkeeper of the Year title in the men’s and women’s categories, giving India a resounding win in the goalkeeper category of the FIH Hockey Stars award.

Sreejesh once again demonstrated his importance to the squad during his 16th complete international season for India by participating in all 16 games in the FIH Hockey Pro League as India achieved 3rd position. At the 2022 Commonwealth Games in Birmingham, where India won the silver medal, he also participated in all six games.

“The longevity of PR Sreejesh’s career continues to defy logic as the 34-year-old Indian shot-stopper continues to raise his game as the years roll on,” the FIH said in a statement on Sreejesh, who had also won the award last year.

Savita is now just the third athlete since the award’s introduction in 2014 to have won Goalkeeper of the Year (women) in back-to-back years.

In the first frame Advani made his intentions clear that this title was his from word go. He opened the proceedings without any delay to secure the first frame with a 149 break while his opponent, who is still seeking his maiden IBSF World title, had yet to score a point in the 150-up format. The best-of-seven summit clash saw Advani compete fiercely to ensure he completed a billiards National-Asian-World golden trifecta in the same calendar year for a record fifth time. The second frame went Advani’s way after Kothari failed to capitalize with the limited chances given to him by his worthy opponent.

With the help of a 77 break, Advani was halfway home with a 2-0 lead. Thereon, Advani turned on the heat, mesmerizing the Malaysian crowd with some fine billiards. Advani’s craftsmanship saw him make the tournament’s highest break of 153 in the third, bringing himself one frame away from familiar glory.

A recipient of the Dadasaheb Phalke Award is honoured for his or her ‘outstanding contribution to the growth and development of Indian cinema’. The selection is made by a committee comprising eminent personalities from the Indian film industry. It is telling that the first recipient was none other than Devika Rani.

Among the first eight people honoured between 1969 and 1976 were Ruby Meyers (Sulochana) and Kanan Devi. Durga Khote followed in 1983. Lata Mangeshkar was bestowed the honour in 1989 and Asha Bhosle in 2000. It has taken the government 22 years to find another woman worthy of the award.

In an interview to news agency ANI, after receiving the award, Asha said in Hindi, “The time when this award has come… It feels great. It feels as if all my desires are now fulfilled… Initially when they (the government) told me I will be receiving this award, I could not believe that I was getting it. Today it feels that I have actually received the award.” The veteran actor also thanked her fans and said in Gujarati, “I want to thank you all for this award. Thanks for supporting me…”

Today is Never Give Up Day