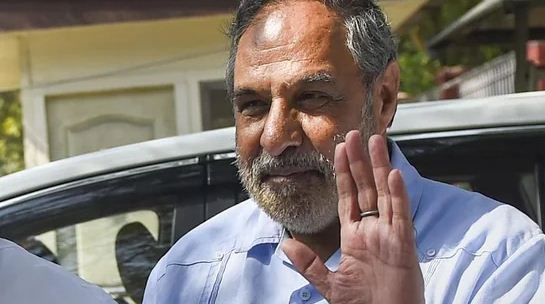 That the Congress is in deep trouble and that the High Command’s decisions have been blatantly arbitrary have been made clear and out in the public now. The entire party structure across the country seems to be in big trouble.

Sharma resigned on August 21 as the chairman of the steering committee for Himachal Pradesh where elections are expected by the end of the year.

The timing of these developments assume special political significance as it comes just when the Congress gets ready to declare its final schedule to elect a new party president.

Both Azad and Sharma are key members of G-23, the group that had written to party president Sonia Gandhi two years ago to push for internal reforms including having elected bodies from the Block level to the Congress Working Committee (CWC).

In his resignation letter Sharma is said to have told Congress President Sonia Gandhi that he felt ‘humiliated and his self-respect was non-negotiable’. However, he assured her that he will continue to campaign for the party candidates in the state.

“There is an internal conspiracy to sabotage Congress’ wining prospects with the help of people inimical to the Congress. My colleagues and I are determined to resist it and will expose them,” Sharma, a member of the CWC, said.

In a series of tweets, Mr. Sharma said: “I have resigned with a heavy heart from the Chairmanship of the Steering Committee of the Congress for the Himachal Elections. Reiterating that I am a lifelong congressman and remain firm on my convictions.”

“Committed to Congress ideology that runs in my blood, let there be no doubts about this! However, given the continuing exclusion and insults, as a self-respecting person- I was left with no choice,” he added.

Mr. Sharma, who was appointed as the head of the Steering Committee on April 26 this year, didn’t elaborate on the ‘insults’ publicly but he said to have mentioned them in detail in his letter to the Congress President.

On June 20, meetings of senior leaders including PCC President, Congress Legislature Party (CLP) leader and chairman of the Campaign Committee were held but Mr. Sharma wasn’t invited, the source said.

BJP holds out invitation
BJP president JP Nadda, after attending an alumni meet at Himachal Pradesh University, spoke about Congress leader and his ‘personal friend’ Anand Sharma, hours after the latter quit Himachal party post. Anand Sharma, like JP Nadda, is an alumnus of Himachal Pradesh University. “Anand Sharma has not stated that he wants to join the BJP,” Nadda said, responding to a question on whether the veteran Congress leader could join the saffron outfit.