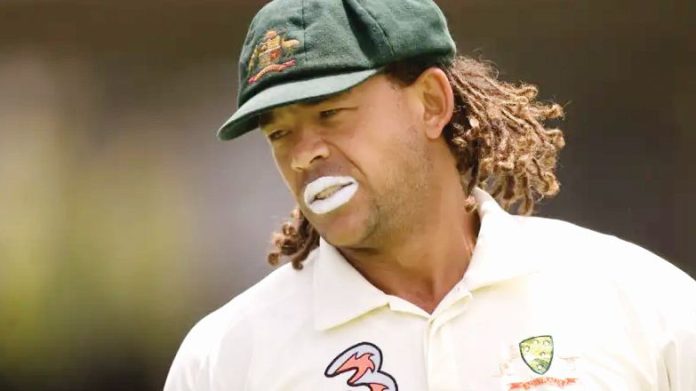 Former Australian test cricketer Andrew Symonds has died after a single-vehicle auto accident near Townsville in northeast Australia. He was 46.

Cricket Australia reported Symonds’ death on its website on Sunday, citing a police statement with details of the accident late Saturday night (May 14).

Symonds played 26 test matches for Australia and posted two centuries, but he was better known as a limited-overs specialist. He played 198 one-day international for Australia, and won two World Cups.

After retiring as a player, Symonds became a popular commentator for cricket broadcasters.

“Early information indicates, shortly after 11 pm the car was being driven on Hervey Range Road, near Alice River Bridge when it left the roadway and rolled,” a police statement said. “Emergency services attempted to revive the 46-year-old driver and sole occupant. However, he died of his injuries.”

The 26-year-old started the match on a positive note but couldn’t keep the winning momentum going, losing 21-13 19-21 16-21 to the top seed and world No. 2 Yamaguchi in the clash, which lasted one hour and six minutes.

India’s first carbon neutral panchayat
The nondescript hamlet of Palli in Jammu and Kashmir’s border district of Samba became the country’s first ‘carbon neutral panchayat’ with Prime Minister Narendra Modi dedicating to the nation a 500 KV solar plant, installed in a record time of nearly three weeks. In all 1,500 solar panels put up in a total area of 6,408 sq m will provide clean electricity to 340 houses in the model panchayat under the central government’s ‘Gram Urja Swaraj’ programme, officials said.

The project was completed at a cost of Rs 2.75 crore in a record time, officials said. The electricity generated will be distributed to the village, having a daily requirement of 2,000 units, through the local power grid station.

More than thirty state-of-the-art infrastructure projects were nominated for the award. The IBC jury selected the strategic tunnel as the ‘Best Project for Excellence in Built Environment’ in 2021. Director General of the BRO, Lt General Rajeev Chaudhry, received the award during the 25th annual convention of the IBC for the achievement of the BRO in constructing this tunnel connecting Manali to the Lahaul-Spiti valley.

The tunnel, built using the New Austrian Tunnelling Method (NATM), was dedicated to the nation by Prime Minister Narendra Modi on October 3, 2020.

It is equipped with a semi-transverse ventilation system, where large fans separately circulate air throughout the tunnel. For evacuation during emergencies, an emergency tunnel has been integrated into the tunnel cross-section beneath the main carriageway. Fires inside the tunnel will be controlled within an area of 200 metres, and fire hydrants are provided at specific locations throughout the tunnel. Pollution sensors continuously monitor the air quality in the tunnel, and if the air quality is below the desired level, fresh air is injected into the tunnel via two heavy-duty fans on each side of the tunnel.