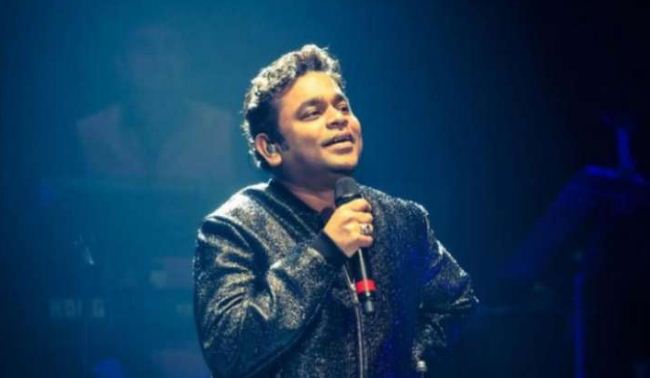 Music maestro AR Rahman will represent India as ambassador of The Season of Culture, launched by Britain’s Deputy High Commissioner to India Jan Thomson and Director (India) of the British Council Barbara Wickham. This is to mark the 75th anniversary of India’s independence. The programme aims to strengthen India-UK ties in the arts, English and education.

Rahman said that as an artist, “it is a pleasure to be part of an innovative cultural program that supports creative excellence and artistic appreciation and brings diverse audiences together. ‘Today, creative expression and exchange can nurture young talent and create a global stage for fair and equitable access to the arts.”

There will be over 1,400 artists showcasing their collaborations to millions of people across India, Britain, Scotland, Wales, and Northern Ireland. Incorporated will be theatre, dance, visual arts, literature, music, architecture, design, fashion, tech-art and new media art.

Mukkavilli is India’s face at Global SDG meet
Ramkrishna Mukkavilli, the founder and MD of Maithri Aquatech, has been chosen by the United Nations Global Compact (UNGC) as a Global Sustainable Development Goal (SDG) Pioneer for Water Stewardship from this country. UNGC has named 10 new SDG pioneers – business leaders who are doing an exceptional job to advance the Sustainable Development Goals (SDGs) through the implementation of the UN Global Compact Ten Principles on human rights, environment, labour, and anti-corruption.

The global search focused on professionals working at any level in a company participating in the UN Global Compact with the winners selected coming from every continent. Their work spans various areas from climate mitigation and adaptation to circular economy and digital transformation.

Mukkavilli was previously selected as India’s SDG Pioneer by the UN Global Compact Network India (GCNI) earlier this year, for his work in building water security with nature-based water solutions across India and 27 countries spanning South East Asia, the Middle East, and Africa.

Indian-American Harini wins Scripps National Spelling Bee
Indian kids’ dominance of spelling bee contests in the US is not new. Keeping up the tradition, Indian American Harini Logan, an eighth-grader from Texas, has won the title in the spell-off at the 2022 Scripps National Spelling Bee. Moreover, spelling 15 words correctly, Speller 76 Vikram Raju from Colorado took second place. He has one more chance left at the Scripps Cup in 2023.

The New York Times reported that a heart-stopping moment came for Logan, 14, when she was eliminated in the finals. But the judges later decided that the definition she had given for the word pullulation was acceptable.

Indian Americans have always dominated the competition. However, last year the streak was broken after 14-year-old Zaila Avantgarde became the first-ever African-American contestant to win the Scripps National Spelling Bee.

Odisha entrepreneur Rashmi Sahoo wins business award
Rashmi Sahoo, Director of Ruchi Foodline, has won top honour at the third Times Business Award. She received the award for being a young and dynamic women entrepreneur. Rashmi was conferred the award by Bollywood actor and social activist Sonu Sood. Eastern India’s leading food brand and one of the most popular spices companies of Odisha, Ruchi is now India’s leading ready-to-eat brand.

While working as director of Ruchi Foodline, she started and established Frozit which is Odisha’s first frozen food company. She not only revolutionized the food processing segment in Odisha but also changed the lives of thousands of women by providing them employment opportunities. Daughter of Masala King of Odisha, Dr Sarat Kumar Sahoo, she started Frozit around 12 years ago and since then she has taken the organization to new heights under the guidance of her father.

Mohinder Midha becomes first female Dalit mayor in London council
An Indian-origin politician from the UK’s Opposition Labour Party, councillor Mohinder K Midha, has been elected mayor of Ealing Council in west London, becoming the first female mayor of a local London council belonging to the Dalit community. Midha was elected for the next year’s term of 2022-23 at a council meeting recently.

Midha, who was re-elected as a Labour councillor for the Dormers Wells ward in the Ealing Council in the May 5 local elections in London, had been serving as the Deputy Mayor for the council previously.