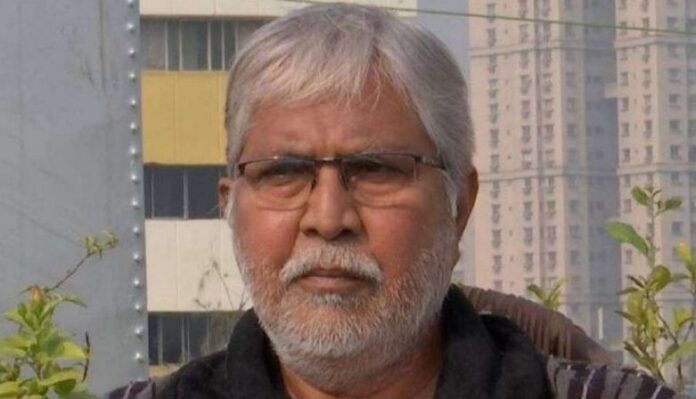 Legendary Bengal footballer, a super winger and dribbler, Surajit Sengupta passed away on February 17, losing his battle to Covid-19 and other diseases. He was 70. Sengupta was not only a decorated former East Bengal captain, but a national player of repute. More importantly, he was a perfect gentleman.

He was admitted to a private hospital in Kolkata on January 23 with respiratory distress, a history of ischemic heart illness and progressing Parkinson’s disease. He was put on ventilator support. Initial signs of recovery were found unfounded and he finally succumbed to the virus.

His loss comes 26 days after the death of another legendary East Bengal footballer and coach, Subhas Bhowmick. Sengupta is survived by wife Shyamali, son Snighadeb and daughter-in-law Keka.

Sengupta was a key member of the East Bengal team’s golden era, in which the club won six successive Calcutta Football League titles (1970-1976) and the IFA Shield six times and the Durand Cup thrice.

The 1975 IFA Shield final was the key indicator of the prowess of the team. Bhowmick virtually ran rings around Mohun Bagan and Sengupta scored the first of the five goals for East Bengal. It remains the biggest margin of victory in the Kolkata derby.

Sengupta was born on August 30, 1951 in the suburbs of the city and started his football career with Kidderpore Club, before being noticed and promoted to the Big Three of the Kolkata Maidan. Despite being a die-hard East Bengal fan, he also played for Mohun Bagan for two seasons, in 1972 and in 1974. With East Bengal he played for six years and left his mark.

He signed up for Mohammedan Sporting in 1980 and later returned to Mohun Bagan at the fag end of his career.

Sengupta, who also represented India at the 1974 and 1978 Asian Games,  scored 147 club goals, 92 for East Bengal and 54 for Mohun Bagan and one for Mohammedan Sporting. He also had 26 goals in four successive victorious Santosh Trophy campaigns (1975-78) for Bengal.

He was also a singer in late life and played the table. He became a pundit commentator with the Bengali daily Aajkaal, and his observations on matehs have been lauded by many.

He captained East Bengal in 1978 when they won the Durand Cup, IFA Shield, Federation Cup and the Bordoloi Trophy beating Port Authority Bangkok 4-2; Sengupta scoring twice in the final.

7 Army personnel die in Arunachal avalanche
According to an official communiqué, seven Army personnel of 19 JAK Rifles, stuck in an avalanche in Arunachal Pradesh, in the area near Mammy Hut, have died. This is a very remote area and all roads were blocked due to heavy snowfall. This hindered rescue attempts.

The Arunachal Pradesh government has announced an ex-gratia of Rs 4 lakh each from the CM’s Relief Fund for the next of kin of the six Army personnel.

Tezpur-based Defence PRO Lt Col Harsh Wardhan Pande had talked about search and rescue operations, but that failed. Specialised teams had been airlifted to assist in rescue operations. The area is located at an altitude of 14,500 feet.

The Arunachal Pradesh government has announced an ex-gratia of Rs 4 lakhs each from the CM’s Relief Fund for the next of kin of the six Army personnel.

13 women drown in well during wedding in Kushinagar
At  least 13 women and girls, including a child, died after falling into a well during wedding celebrations at a village in the Kushinagar district of Uttar Pradesh recently. In a place called in Nebua Naurangia, several women and young girls were standing on the well during the Haldi ceremony. Suddenly, the iron grille over the well gave way and the women plunged inside.

The district magistrate has announced that financial assistance of Rs 4 lakh each would be provided to the families of the deceased.

Around 15 women were rescued by villagers and the police, while 13 could not be saved in time. Uttar Pradesh Chief Minister Yogi Adityanath has directed authorities to step up rescue and relief operations and provide treatment to the wounded, while the district magistrate has announced that financial assistance of Rs 4 lakh each would be provided to the families of the deceased.

Deep Sidhu, accused in Red Fort violence case, dead
Punjabi actor Deep Sidhu, 43, an accused in the Red Fort violence case, died in a road accident on the Kundli-Manesar-Palwal expressway near Pipli toll plaza in Sonepat recently. Police said the incident took place when the actor along with his fiancé, Reena Rai, a US-based actress, was going towards Punjab from Delhi in an SUV which rammed a truck near Pipli toll plaza in Sonepat’s Kharkhauda.

A Sonepat police spokesperson said Sidhu and Rai were rushed to a community health centre in Kharkhauda, where the actor succumbed his injuries and Rai was referred to Civil Hospital.

Sidhu, arrested on February 9 last year, was named in the charge sheet filed by the Delhi Police in connection with the violence at the Red Fort Sidhu had also been involved in a Republic Day violence case relating to violence in Red Fort during the farmers’ rally on January 26. He had been in custody for about 70 days.