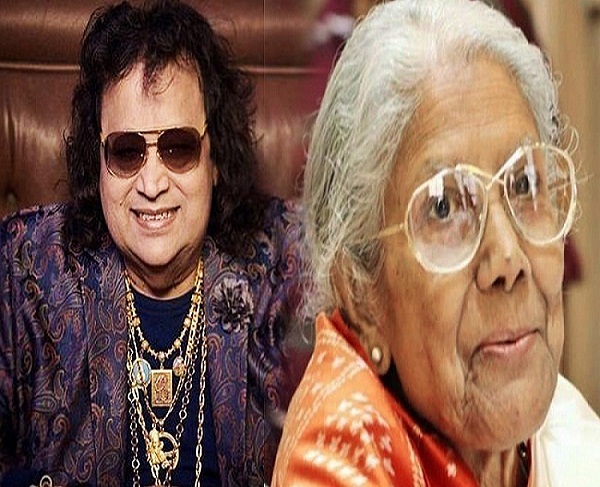 India lost two more very extraordinary people from the music world on Tuesday. The first to pass away was revered Bengali singer Sandhya Mukhopadhyay, a classical-trained singer who ruled the Bengali song world for long, and the next was another Bengali, Bappi Lahiri, who ruled the ‘Disco’ scene in Bollywood and gave rise to a new genre in music through his compositions. With the recent passing away of Lata Mangeshkar, India is so much poorer for it.

Bappi Lahiri (69) breathed his last on Tuesday night, at the CritiCare Hospital in Juhu, Mumbai. Dr Deepak Namjoshi, director of the hospital has been quoted as saying: “Lahiri had been admitted to the hospital for a month and was discharged on Monday. But his health deteriorated on Tuesday and his family called for a doctor to visit their home. He was brought to the hospital. He had multiple health issues. He died due to OSA (obstructive sleep apnea) shortly before midnight.”

He had been admitted to Mumbai’s Breach Candy Hospital last year after testing positive for Covid. He recovered after a few days. He is survived by two children, a son Bappa Lahiri and a daughter Rema Lahiri. His son is married to Taneesha Lahiri with whom he has a son Krishh Lahiri.

His real name was Alokesh Lahiri (born November 27, 1952). He was born to a Bengali family in Jalpaiguri.  His parents, Aparesh Lahiri and Bansuri Lahiri, both were Bengali singers and musicians in classical music and Shyama Sangeet. His relatives include singer Kishore Kumar, his maternal uncle. Lahiri began to play the tabla at the age of 3. Initially, he was trained by his parents.

He popularised the use of synthesized disco music in Indian cinema and sang some of his own compositions. He had delivered major box office successes in Bengali films like Amar Sangee, Asha O Bhalobasha, Aamar Tumi, Amar Prem, Mandira, Badnam, Raktelekha, Priya and so on. He was popular in the 1980s and 1990s with filmy soundtracks such as Wardat, Disco Dancer, Namak Halaal, Sharaabi, Naya Kadam, Masterji, Bewafai, Maqsad, Suraag, Insaaf Main Karoonga,Dance Dance, Commando, Saaheb, Gang Leader, Sailaab.

Sandhya Mukhopadhyay was 90. She died in a private hospital in Kolkata on Tuesday evening of a massive cardiac attack. She is survived by her daughter and son-in-law.

Mukherjee, who was considered a legend during her lifetime, refused to accept the Padma Shri award on January 24. She had been in the hospital since January 27 due to ill health and was put on vasopressor support and shifted to the Intensive Care Unit (ICU) earlier in the day following a drop in her blood pressure, hospital sources said.

She sang thousands of songs for Bengali cinema and her albums of modern and semi-classical music. She also recorded many songs for Hindi cinema. Her duets with the legendary Hemanta Mukherjee, who became popular in the Hindi film industry as Hemanta Mukherjee, are considered assets by millions of her fans. The industry gave her the title Geetashree.