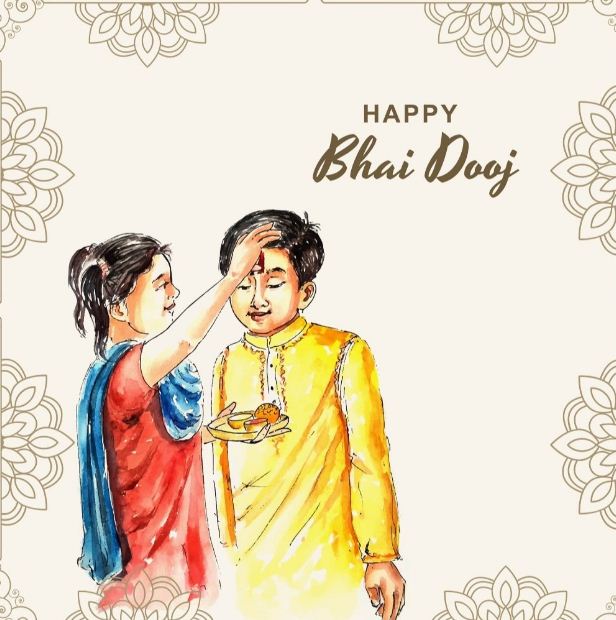 Bhai Dooj is an auspicious festival that symbolises the love of brother and sister. Bhai Dooj is observed on the second day of Shukla Paksha in the Hindu month of Kartik. This year Bhai Dooj is being celebrated on two days- October 26 and 27 .

The second day of Kartik Shukla Paksha falls on two dates this year – October 26 and 27. The Festival this year will begin at 02:43 pm on October 26 (Wednesday) and will continue till 12:45 pm on Thursday.

On this day, sisters pray for their brothers to have long and happy lives by applying ‘Tika’ on the latter’s forehead. Both brothers and sisters exchange gifts and sweets on occasion.

As per Hindu mythology, it is believed that Goddess Yamuna fed her brother Yamraj on Kartik Dwitiya at her own home. Since then this day is also known as Yama Dwitiya.

Raksha Bandhan and Bhai Dooj are quite similar up to an extent, however, on Bhai Dooj, sisters do not tie a thread or Rakhi on the wrists of their brothers like they do on Raksha Bandhan.