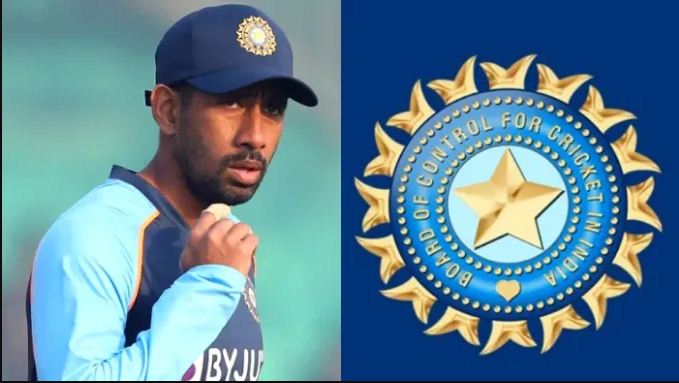 As expected, the Board of Control for Cricket in India (BCCI) has acted with extreme bias, banning renowned journalist and sports researcher Boria Majumdar for two years. The apparent reason, as indicated by the board, was that Boria had threatened wicketkeeper Wriddhiman Saha.

The two-year ban is from Majumdar getting any accreditation to BCCI championship and also from getting any interview of any player registered with the board. There is also a ban on Majumdar accessing any BCCI property, including its offices and stadiums, plus also of its member associations.

This is the first time that any journalist has been banned by the BCCI. The ban was imposed after an internal ‘inquiry’ found him guilty of attempting to “threaten and intimidate” Saha. The BCCI council, during its meeting last week, considered the report of a three-member committee and decided to ban Majumdar from being involved in any cricket or interviewing cricketers for two years.

The board’s interim chief executive Hemang Amin said in a statement: “The BCCI Committee considered the submissions by both Saha and Majumdar and concluded that the actions by Majumdar were indeed in the nature of threat and intimidation. The BCCI Committee recommended the following sanctions to the apex council of the BCCI.”

Amin also added details in his statement. The details are as follows:

“(1) Two-year ban on getting any accreditation as a member of the press in any of the cricket matches (domestic & international) in India.

(2) Two-year ban on getting any interview with any registered players in India.

(3) Two-year ban on access to any of the BCCI and member associations owned cricket facilities.”

Boria is not just a cricket journalist and researcher, he has extensively written on other sports as well, including football and other Olympic sports. He has come to be known as one of the most influential journalists, especially in the cricket arena, and possibly his own fame had gone to his head.

In February, Boria had wanted an interview of Saha, who had been moved out of the India squad. Saha was not willing to grant an interview at that point, but Boria had insisted and then had “threatened” that not only would he himself not interview Saha ever again, he would see to it that Saha’s career was in jeopardy.

These so-called “threats” were unwisely made through WhatsApp messages and Saha had shared screenshots of these text messages on his social media feed. Saha had not named Boria, calling him a “respected journalist” instead. Then Saha had complained to the board, apparently under pressure.

Altercations between sports journalists and players and journalists and officials are not uncommon. Any journalist worth his salt has had some run-in with some official or player in his or her career. Those altercations remain private and are mostly resolved through mediation. The Majumdar-Saha issue, according to people in the know, had been blown up by interested parties within the BCCI, some even pointing to the top chair.

How this order can help Saha’s career is not clear, but the board should also understand that such orders are double-edged swords. One remembers the foul-mouthed outburst towards a journalist by the then India captain Virat Kohli, in front of everyone. The board had kept quiet. It seems the board develops a spine only when it can go against a journalist. Shows how morally bankrupt the board is.