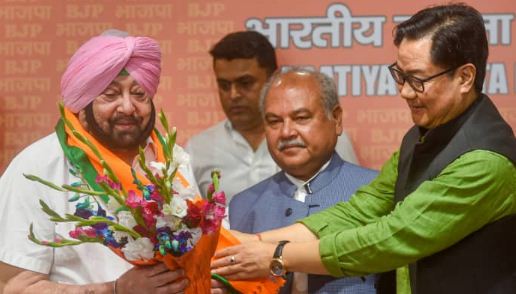 “Now is the time to do something for the country. We have seen the Congress, now it is time to go to the party that has been doing so much for the country and its security. It is a pleasure being here,” Singh said.

Singh (80) had floated the PLC last year after quitting Congress following his unceremonious exit as chief minister but his party failed to win any seat in the state assembly polls. He himself lost from his home turf of Patiala Urban.