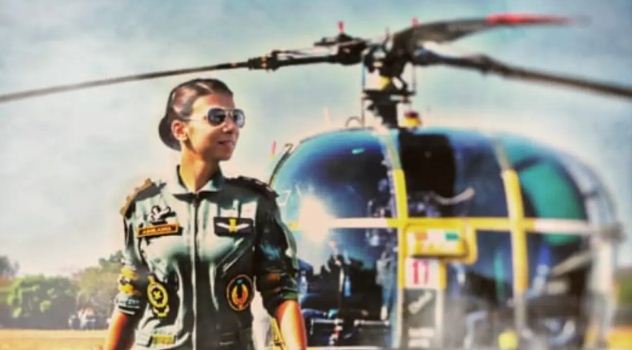 Thirty years after India began inducting women as officers in the armed forces, Captain Abhilasha Barak has become the first woman to join the Army Aviation Corps as a helicopter pilot after completing a year-long course at the Combat Army Aviation Training School at Nashik in Maharashtra. She was awarded ‘wings’ along with 36 army pilots by Army Aviation director general Lieutenant General Ajay Kumar Suri during a valedictory ceremony at the Nashik-based training school, the army added.

Capt Barak was commissioned in the Army Air Defence Corps in September 2018. She has done professional military courses before joining the Army Aviation Corps. She is an alumnus of the Lawrence School, Sanawar.

His re-election was confirmed during the 75th World Health Assembly in Geneva. He was the sole candidate.

Speaking after his re-election, Tedros Adhanom Ghebreyesus said: “I am humbled by the opportunity provided by the Member States to serve a second term as WHO Director-General. This honour, though, comes with great responsibility and I am committed to working with all countries, my colleagues around the world, and our valued partners, to ensure WHO delivers on its mission to promote health, keep the world safe and serve the vulnerable.”

Saxena, 64, is the first from non-bureaucratic and non-defence background to be appointed Delhi LG. He was sworn in as the new LG at a simple ceremony at Raj Niwas by the chief justice of Delhi High Court Vipin Sanghi.

Saxena worked in the private sector for three decades before heading the Khadi and Village Industries Commission (KVIC) of the central government for six years.

BSE appoints S.S. Mundra as chairman
BSE Limited on May 17 announced that it has approved the appointment of SS Mundra, Public Interest Director as the Chairman of the board of directors of the company. Mundra will replace Justice Vikramajit Sen who is the current chairman.

Mundra was appointed as Public Interest Director at BSE in January 2018. He retired as Deputy Governor of Reserve Bank of India on July 30, 2017 after completing a stint of three years. Prior to that, the last position held by him was as Chairman and Managing Director of Bank of Baroda from where he superannuated in July 2014.

Saha, is a maxillofacial surgeon from Lucknow’s King George Medical College. He was a member of the opposition Congress before he joined the BJP in 2016 and was named as the BJP’s Tripura unit chief in 2020 after Deb quit that post. Saha, a former badminton player of repute, is also the President of
Tripura Cricket Association.