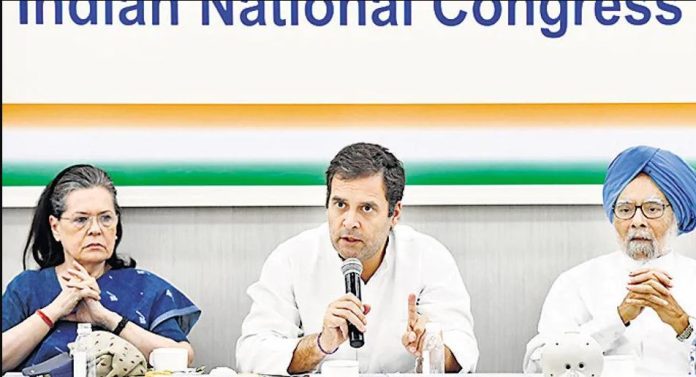 There seems to be a process on within the Congress to settle issues between the ‘rebel’ G23 and the leaders of the party, including interim president Sonia Gandhi. This was evident on Tuesday (March 22) as Sonia held a lengthy discussion with Anand Sharma, Manish Tewari and Vivek Tankha.

Sources said the leaders flagged several issues related to the functioning and decision-making of the party. They told her that the leadership’s “preference for a few leaders” when it comes to handing out organisational assignments was
undesirable.

These meetings are being held amid indications that some of the G-23 leaders may be accommodated in the Congress Working Committee or a new body like the Parliamentary Board, which will be responsible for all policy decisions including finalising chief ministerial candidates and tie-ups with like-minded parties in states.

Another Congress Rajya Sabha MP and a leader of the G-23, Vivek Tankha, was also present during the meeting.

While Anand Sharma is the Deputy Leader of the party in the Rajya Sabha, Tewari is the Lok Sabha MP from Anandpur Sahib in Punjab.

Sources said Sonia responded positively to their suggestions and agreed that there was a need for a change in the way the party functions now to take on the challenges. “It was a very productive dialogue,” one of the leaders said.