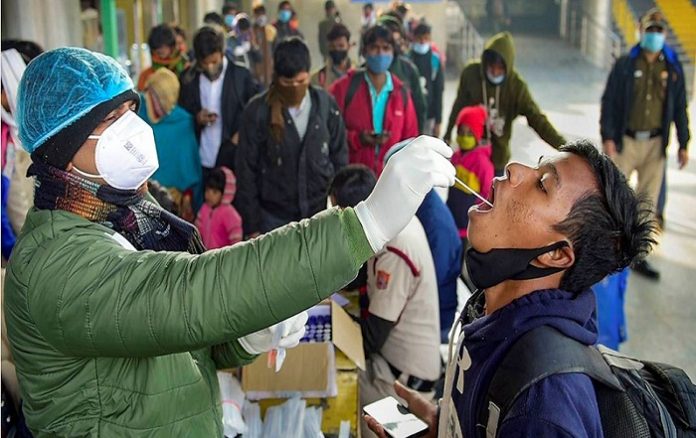 India on Monday (April 18) reported a near 90 per cent jump in Covid cases on a 24-hour basis. According to the data released by the Ministry of Health and Family Welfare, 2,183 fresh Covid cases were recorded in the last 24 hours, as against 1,150 reported on Sunday (April 17).

The active cases comprise 0.03 per cent of the total infections, while the national Covid-19 recovery rate remained at 98.76 per cent, the ministry said. A decrease of 16 cases has been recorded in the active Covid-19 caseload in a span of 24 hours.

The ministry stressed that more than 70 per cent of the deaths occurred due to comorbidities. “Our figures are being reconciled with the Indian Council of Medical Research,” the ministry said on its website, adding that state-wise distribution of figures is subject to further verification and reconciliation.