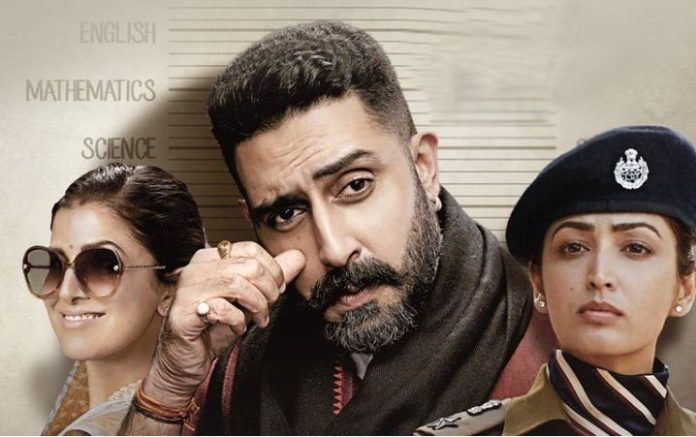 It is the irony of our country that a certain level of education is necessary to even become a clerk here, whereas no degree is required to lead the state or the country. The issue of the thumb impression (angutha chaap) of the less-educated of many leaders has been arising time and again, because it is a matter of how an uneducated man will take the right decisions in the interest of the state, country or society. Is it possible?

The film Dasvi, starring Abhishek Bachchan, portrays the same issue of education and especially of politicians in a quirky manner.

Dasvi means ‘tenth’ and the film is about Ganga Ram Chaudhary (Abhishek Bachchan), the 8th-class-pass chief minister of Harit Pradesh who is popular, proud and corrupt. In the first scene itself, when the film introduces us to him, it takes a mild swipe at Fit India and at politicians who treat padhi-likhai and educated officials like their personal slaves.

The film, in fact, repeatedly makes snarky comments at many things contemporary, including the growing contempt for education, but always under the guise of comedy.

Ganga Ram, an accused in a scam, is found guilty and sent to jail. Before boarding the bus to the jail, he names his wife, who talks only in shivering whispers, as the chief minister in lieu.

Although the film is being told as fictional, the story seems to be inspired from the life of former Haryana Chief Minister Om Prakash Chautala, who created a sensation by passing the tenth examination while in jail at the age of 86. Like Om Prakash Chautala, the film sees Harit Pradesh CM Ganga Ram Choudhary (Abhishek Bachchan) imprisoned in a teacher recruitment scam.

Ganga Ram Choudhary, who studied till class 8, has the attitude towards education that he prefers malls over schools, because if the mall is built, then the goods will come, while the unemployed will leave the school. He also keeps taunting his principal secretary, who dances to his gestures despite being an IAS topper. But in jail, Ganga Ram Chaudhary is brought up by a tough police officer Jyoti Deshwal (Yami Gautam), who was transferred by Ganga Ram. Jyoti somehow does not bully him and puts him to work in jail.

Here, his wife Vimala Devi (Nimrit Kaur), who takes over as the chief minister after Gangaram, gets intoxicated by power and wants Gangaram not to come out somehow. All in all, Gangaram, traumatized by Jyoti’s taunts, is determined to escape from work and class 10 from jail.

A Review
Dasvi is quite funny and pacy in the first half. The dialogues are punchy and its comic timing has a nice cadence. This is when the reins of the film are in Abhishek’s hands. But in the second half, as Dasvi pursues a social cause, it is so bereft of ideas that it hints at a jail romance before dragging its feet to an end that is silly and dull when it could have been bold and exciting.

Dasvi has three lovely characters in conflict, but instead of letting them take flight, it saddles them with morality and drags them down to everyday ordinariness.

Ram Bajpai’s story is promising. Ritesh Shah, Suresh Nair and Sandeep Leyzell’s screenplay, however, is poor. The film is intended to be a comic caper. However, there are hardly any funny moments in the film that’ll make viewers laugh out loud. There are also several loopholes in the script. Ritesh Shah, Suresh Nair and Sandeep Leyzell’s dialogues are sharp, but only at a few places. A film of this kind should have had witty and hilarious dialogues throughout the narrative.

Nimrat Kaur is very good. Her transformation from a murmuring patni to a pallu-throwing politician is quite wicked and enjoyable. Her craving for power is fierce, feminist.

But Dasvi really belongs to Abhishek Bachchan who controls and steers the film with the burly, boorish persona he creates of Ganga Ram. He carries some endearing glimpses of his father’s when he dances hands-on-waist, or slouches in a chair, lanky legs extended. But he is also his own actor. And now he has the power to carry a film on his own while making us laugh and cry at will. I wish Davis writers had a little more faith in him and a little less reformist zeal.

Tushar Jalota’s direction is average though the message on the importance of education comes across well. He has also handled some moments nicely. This is especially in the latter part of the film. The scene where Ganga Ram’s results are called out is one such sequence that shows that the director has potential. Another track that works is Jyoti and Ganga Ram’s bond and how it evolves as the story progresses. The transformation of Bimla is also quite badass.

However, Tushar Jalota should have properly focused on how a shy and soft-spoken Bimla suddenly turned into such a heartless and manipulative person. The change in her personality is too sudden. Moreover, if the makers had shown that Ganga Ram used to mistreat her constantly, then it would have made sense to see Bimla getting even with Ganga Ram after assuming power. But Ganga Ram didn’t seem to be rude to her.

The lone scene at the beginning between Ganga Ram and Bimla showed the former actually insisting that the latter should develop an attitude as she’s the CM’s wife. Hence, it’s unconvincing why Bimla is being so unkind to her husband. The whole scam track also didn’t impress as it’s not neatly explained. Probably, the makers wanted to keep the narrative shorter and while they succeeded in doing so, these crucial details were not given due importance which diminishes the impact.

Movie Collection
The film goes for the Direct OTT release and thus there are no box office figures for the film, the official digital rights price is yet to be disclosed by the makers but according to our sources, the film was sold to Netflix and Jio Cinema for the huge sum of around 30 Crores. By looking at the numbers, the makers made around 55 crores by selling the Digital, Music, and Satellite rights of the film.

Budget
The film was made on the budget of around Rs 25 Crores, the film doesn’t need any big VFX sequences or Massy action scenes, the landing cost of the film was around 25 crores which also includes the Fee of Abhishek, Yami, and Nimrat.