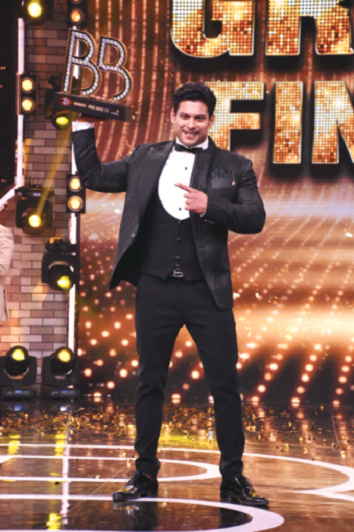 Sidharth Shukla, A 40-year old upcoming Bollywood star, died suddenly of a heart attack on September 2, stunning the entire film community and thousands of fans. The former Bigg Boss winner and also host of the famous reality show, was said to be the fastest rising TV and movie star and touted to be a mega star in formation. The sudden death has brought a pall of gloom.

A post mortem was carried out on Shukla’s body – post mortem, because he was declared “brought dead” by the hospital – and no foul play was reported, nor was any mark of any injury found on his body.

Reports say that he was taken to Cooper Hospital at around 10.30 am by his family. But it was already too late.
He is survived by his mother and two sisters. His family issued a statement through his public relations team, requesting that the media draw a line and “give his family and loved ones space and let them grieve”.”We are all in pain. We are as shocked as you are. And all of us knew Sidharth was a private person, so please respect his privacy, his family’s privacy. And please pray for his soul to rest in peace,” it said.

He was born on December 12, 1980 in Mumbai (his parents belong to Allahabad) to Ashok Shukla, a civil engineer employed with the Reserve Bank of India and Rita Shukla, a homemaker. His father died of a lung disorder during his modelling days.

Shukla held a degree in interior designing but chose modeling as a career. He was the runner-up in the Gladrags Manhunt and Megamodel Contest in 2004. He made his debut with a lead role in the TV show Babul Ka Aangann Chootey Na in 2008, followed by Jaane Pehchaane Se. Ye Ajnabbi, Love U Zindagi. He then moved onto what became a mega TV serial, Balika Vadhu. That was in 2008. That mega launch was enough to push him to the stratosphere and he never looked back.

In 2014 Shukla made his Bollywood debut. He did a supporting role in Humpty Sharma Ki Dulhania. He then participated and won popular adventure show Fear Factor: Khatron Ke Khiladi 7 season 2016. The show is hosted by Bollywood actor Arjun Kapoor.

His popularity reached its peak when he won the Big Boss 13 in 2019. He hosted it the next season.