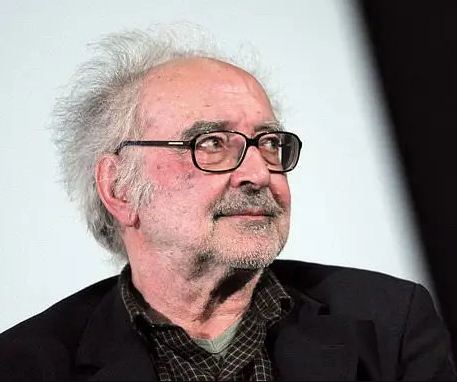 Director Jean-Luc Godard, an icon of French New Wave film who revolutionized popular 1960s cinema, has died, according to French media. He was 91.

Born into a wealthy French-Swiss family on Dec. 3, 1930, in Paris, the ingenious enfant terrible stood for years as one of the world’s most vital and provocative directors in Europe and beyond beginning in 1960 with his debut feature “Breathless”.

Former tennis star and coach Naresh Kumar passes away
Naresh Kumar, who famously mentored a young Leander Paes as India’s Davis Cup captain, has passed away. He was 93. He is survived by his wife Sunita, son Arjun, and two daughters – Gita and Preah.

“He was suffering from age-related issues since last week. I was told that his chance of survival was not very good. I’ve lost a great mentor,” said Jaidip Mukerjea, who made his Davis Cup debut under Kumar’s captaincy.

Born on December 22, 1928 in Lahore in the undivided India, Kumar began his journey with tennis at the Asian Championships in 1949 before ruling the Indian tennis along with Ramanathan Krishnan for close to a decade in the 1950s.

His Davis Cup journey started in 1952 and went on to captain the side.

Three years later his biggest career high came when he made the fourth round of Wimbledon in 1955 before losing to the eventual champion and American No. 1 Tony Trabert.

He played his final tournament at the Asian Championships in 1969.
In 1990, Kumar as a non-playing Indian captain played a key role in including a 16-year-old Leander Paes in the Davis Cup team in their match against Japan and the rest, as they say, is history.

Adani ranked world’s No. 2 richest for a while
Billionaire Gautam Adani briefly became the second-richest person in the world recently, trailing only Elon Musk. With that he became wealthier than the likes of Jeff Bezos and Bill Gates. Adani was worth $152.2 billion, according to Forbes’ calculations, trailing only Musk ($270.1 billion) and Bernard Arnault ($154.7 billion), though Adani briefly overtook Arnault early Friday, thanks to a surge in the stock price of several of his conglomerate Adani Group’s publicly listed companies.

Adani first appeared on Forbes’ billionaires list in 2008, with an estimated fortune of $9.3 billion, a fortune that has increased 15-fold since.

Adani moved ahead of Bill Gates in July and overtook Bezos as the third-richest man earlier in the week.

India’s first Forestry University to be established in Telangana
The University of Forestry (UOF), Telangana Act 2022, which was approved in the State Assembly and Council on Tuesday, is first of its kind in the country and will eventually pave the way for establishing an evolved ecosystem around forestry, education, research and public outreach initiatives on afforestation.

Across the world, only Russia and China have universities that are dedicated to forests.

The Telangana government has decided to nurture Forest College and Research Institute (FCRI), as a world class institution for forestry, education, research, extension and outreach. For this purpose it has been proposed to upgrade FCRI Hyderabad into a full-fledged university, officials said.