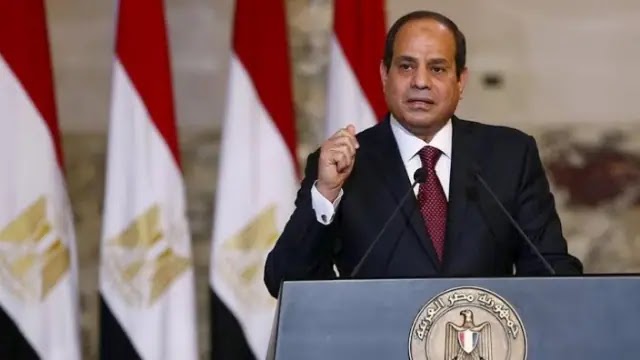 India has invited Egyptian President Abdel Fattah el-Sisi as the chief guest for the Republic Day in 2023, reflecting New Delhi’s continuing focus on the Arab world as it prepares for a year of high-profile diplomatic engagements. The formal invitation was handed over when external affairs minister S Jaishankar met Sisi in Cairo on October 16 during an official visit to Egypt. Egypt is among the nine guest countries invited to the G20 Summit under India’s presidency in 2023.

An invitation as chief guest for the Republic Day celebrations on January 26 is a signal honour reserved for the country’s close allies and partners. There were no chief guests at the celebrations in 2021 and 2022, largely because of disruptions caused by the Covid-19 pandemic. Former Brazilian president Jair Bolsonaro was the last chief guest to participate in the 2020 celebrations.

Jiang Zemin, former president of China passes away
Jiang Zemin, the Chinese communist leader who paved the way for the country’s emergence as a global superpower, has died, state-run Xinhua news agency announced on December 1. He was 96.

The former chief of the ruling Communist Party and state president died of leukaemia and associated multiple organ failure in Shanghai. He is survived by his wife, two sons and two grandchildren.

Jiang’s death comes at a particularly sensitive time in China. An unprecedented wave of protests against the country’s unrelenting “zero-Covid” policy erupted across China in recent days, with some demonstrators in Shanghai calling on current leader Xi Jinping to step down. China has a history of people taking to the streets to mourn the deaths of previous leaders, while airing their grievances against incumbent governments.

The announcement of Jiang’s passing was met with an outpouring of reminiscence on China’s tightly controlled social media, with many mourning the former leader – and a bygone era when China was perceived to be freer and more open to the world.

Vikram Kirloskar passes away at 64
Industrialist Vikram Kirloskar, who passed away after a heart attack in Bengaluru recently, was instrumental in bringing Japanese auto major Toyota to India. Kirloskar, 64, is survived by his wife Gitanjali and daughter Manasi.

Kirloskar’s last rites were carried out at the Hebbal Crematorium in Bengaluru on November 30.

After the Kirloskar family split and the separation of business, Vikram Kirloskar exited from the management of other Kirloskar Group companies and independently controlled and managed Kirloskar Systems as the CMD and held a minority stake of around 11 per cent in Toyota Kirloskar Motor.

South Korean Mina Sue Choi is Miss Earth 2022
South Korea’s Mina Sue Choi was crowned Miss Earth 2022 during the pageant’s coronation night on December 5, at Cove Manila, Okada Hotel, Parañaque City. Miss Earth is an annual international competition to celebrate “the many beautiful and varied forms of fauna, and to further promote the preservation and conservation of our planet.”

The Miss Earth 2022 crown was passed down to Choi by 2021 winner Destiny Wagner from Belize, who was crowned during last year’s virtual run. Wagner was the first woman from her country to win the title.

The 22nd edition of the international pageant marks the return of the physical competition since the pandemic. For its 2020 and 2021 editions, the competition was done virtually.

As per an order dated November 28, the 2000-batch IPS officer has replaced previous chief Alok Singh, who has now taken up duties at Police HQ in Lucknow.

In her first interaction with the media, she spoke about what she expected to do and the challenges facing the Gautam Buddh Nagar police. She noted that safety and security for women would remain important and said that the perception of safety would also have to be maintained as a priority. Singh said, “If any small or big incident happens, and police cannot help after reaching out, then we are failing as a system.”

On the issue of the porous border, she noted that across the NCR, crime could be attributed to the ease of communication and crossing the border, and that police would have to rethink the hours and strategies of policing arterial roads.