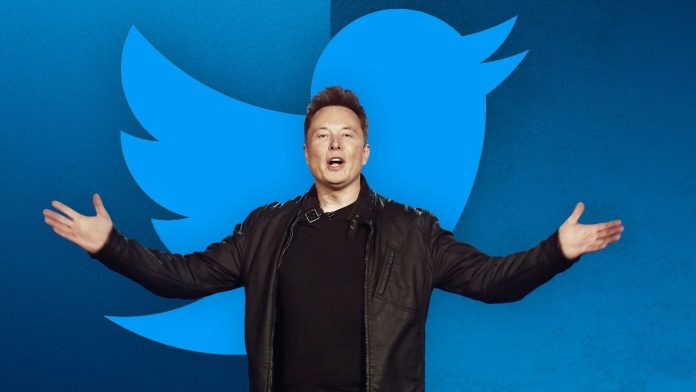 Following a lot of dithering and after a court threatened action, Elon Musk, the world’s richest man, finally completed the $ 44billion takeover deal of Twitter, the world’s most powerful messaging app. The company has filed details of this with the US government.

Immediately after takeover, Musk tweeted: “the bird is freed,” adding “let the good times roll”. Then he fired a number of the company’s top executives, including CEO Parag Agrawal.

While this is one end of a journey for Musk, after he first began flirting with the idea of owning Twitter in early April, when he bought 9.2% of the company for $3 billion. Now, having decided to take the entire company private, he will start his new chapter.

At this point questions remain over the platform’s future direction.

Musk wasted no time clearing house when he got in: He fired CEO Parag Agrawal, CFO Ned Segal, General Counsel Sean Edgett and Head of Legal, Trust and Safety Vijaya Gadde, basically at the same time he was officially handed the keys.

Clearly, there was no love lost between Musk and Agrawal. And he’d previously been criticized for posting criticism of Gadde that essentially got her targeted by his sycophantic troll army. Plus, for the Twitter top legal brass, he probably wasn’t feeling too great about that bit of litigation the deal closing helped him escape.

Now, legal experts are concerned about Musk’s financial liabilities that lay ahead, especially employee compensation and maintaining a thick cash flow for the business. The New York Times stated that Twitter’s approximate 7,500 employees may be due $100 million under the company’s compensation programme.

As per reports, Musk will be required to pay more than $200 million to the aforesaid three fired executives. Agrawal is slated to receive the largest payout. This was finalised when he took over as the CEO of Twitter in November 2021 because he signed the deal with a ‘golden parachute’ clause. In the contract with Twitter, he was guaranteed severance compensation of about $42 million. This could have been realised if Twitter let go of Agrawal within a year of his assuming the office.

Now, there is always a chance that Elon Musk may refuse to pay this money, citing some clause or rule in employment contract. But if that happens, chances are that there will again be a court case, somewhat like what happened in the last few months when Musk went back on his agreement to buy Twitter and the company management then dragged him to court.

Just to make it clear: As the trial neared, Musk changed his mind again and told the court that he would buy Twitter.

Elon Musk went from an enthusiastic buyer to one where he got cold feet to the one where he entered the Twitter headquarters in California with a ceramic sink in his hand. The months-long legal battle ended a day before the court-ordered deadline when Musk completed the takeover on October 27.

In July, Musk officially wanted to back out of the deal. After initially agreeing to buy the company in April, Musk spent months attempting to get out of the deal, first citing concerns about the number of bots on the platform and later allegations raised by a company whistleblower.

Musk alleged that the company failed to adequately disclose the number of spam and fake accounts on the service.

On October 3, Musk said he wanted to pursue his acquisition of Twitter at the original price of $ 54.20 a share if the social messaging service dropped its litigation.

On October 27, Musk wrote a message intended to reassure advertisers that social messaging services wouldn’t devolve into “a free-for-all hellscape, where anything can be said with no consequences!”

“The reason I acquired Twitter is because it is important to the future of civilization to have a common digital town square, where a wide range of beliefs can be debated in a healthy manner, without resorting to violence,” Musk said in the message. “There is currently great danger that social media will splinter into far-right wing and far left-wing echo chambers that generate more hate and divide our society.”

Musk said in May he would reverse Twitter’s ban on Donald Trump, whose account was removed after the attack on the U.S. Capitol. A representative for Trump did not immediately respond for comment, but the former U.S. president previously said he won’t return to the platform and has instead launched his own social media app, Truth Social.

Musk tried to calm Twitter employee fears that major layoffs are coming and assured advertisers that his past criticism of Twitter’s content moderation rules would not harm its appeal.