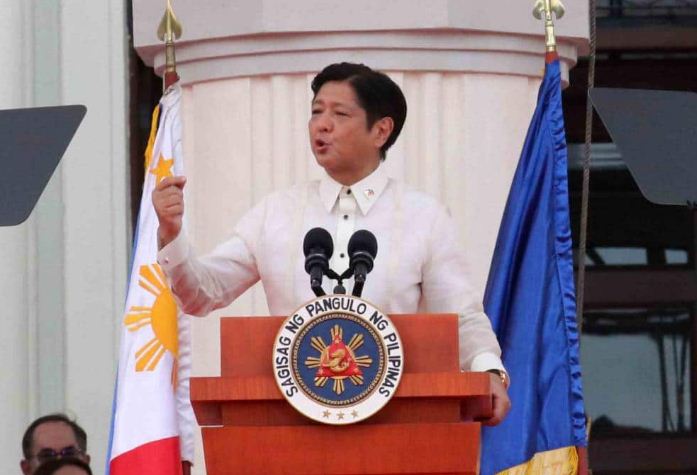 Ferdinand ‘Bongbong’ Marcos Jr. was sworn in as the country’s 17th president, completing his clan’s comeback to political power and to the presidential palace, 36 years after his father was ousted in the 1986 people power revolution. Marcos won the national elections in May by a landslide and with over 31 million votes. He ran on a vague platform to bring unity to Filipinos.

The 64-year-old Marcos took his oath of office before Chief Justice Alexander Gesmundo at the National Museum in Manila. Before that, he went to Malacañan and met his predecessor Rodrigo Duterte, whose term was marked by a bloody “drug war” and a devastating pandemic.

Duterte had not endorsed Marcos, but has since called on Filipinos to support the new administration.

Sini, who is currently pursuing a course in Chartered Financial Analyst (CFA), will now represent the country at the 71st Miss World pageant.

Jackson’s “historic swearing in today represents a profound step forward for our nation, for all the young, Black girls who now see themselves reflected on our highest court, and for all of us as Americans,” US President Joe Biden said in a statement.

At the ceremony, the 51-year-old justice spoke only to recite the two oaths required for her swearing in and to thank her new colleagues. “I am truly grateful to be part of the promise of our great nation. I extend my sincerest thanks to all of my new colleagues for their warm and gracious welcome,” Jackson said.

Yair Lapid takes over as 14th Israeli PM
Yair Lapid officially became the 14th Prime Minister of Israel at midnight between June 30 and July 1. Lapid’s term could be a short one as he takes over the caretaker government ahead of Israel’s election which is scheduled to take place on November 1. Yair Lapid, at the Prime Minister handover ceremony with the outgoing Prime Minister Naftali Bennett, said: “We will do the best we can for a Jewish, democratic state, good and strong and thriving, because that is the job, and it is bigger than all of us.”

On his first day in office, Lapid’s first agenda is to hold a meeting with Ronen Bar, the head of the Shin Bet security agency, at the Kirya military headquarters in Tel Aviv. Shortly after this, the new Prime minister is scheduled to hold a meeting to discuss “the captives and MIAs”, a reference to the two Israeli men and the remains of two Israeli Defense Forces (IDF) soldiers being held by Hamas in the Gaza Strip.

Tapan Kumar Deka is new IB director
The Central government has appointed senior IPS officer Tapan Kumar Deka as director of the Intelligence Bureau (IB). Deka is a 1988 batch Himachal Pradesh cadre IPS officer. He has been appointed director of Intelligence Bureau for tenure of two years from the date of assumption of the charge of the post. Deka has succeeded Arvind Kumar.