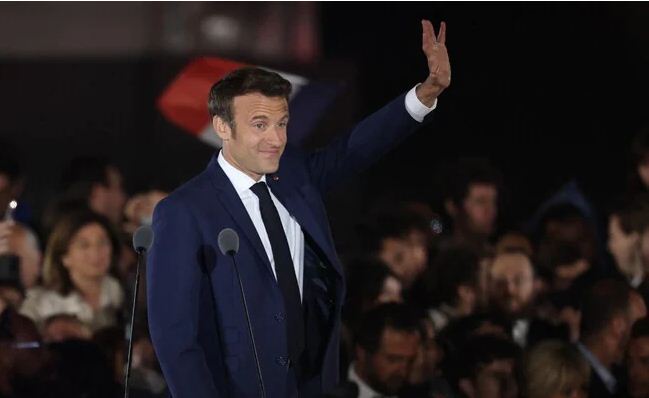 Emmanuel Macron defeated far-right rival Marine Le Pen on Sunday (April 24), heading off a political earthquake for Europe, but acknowledging dissatisfaction with his first term and saying he would seek to make amends.

With nearly all votes counted, Macron was on course for a solid 58.55 percent of the vote, according to interior ministry figures. Le Pen, the candidate of the far-right National Rally party received 41.45 percent of the votes, the highest in her three unsuccessful presidential bids.

Macron won around 59% of votes by 18-24 year-olds with the vote almost evenly split in other age categories.

In his victory speech, Macron acknowledged that many had only voted for him just to keep Le Pen out and promised to address the sense of many French that their living standards are slipping.

Macron is the first French president to win a second term in 20 years, but Le Pen’s result also marks the closest the far right has ever come to taking power in France and has revealed a deeply divided nation.

“Congratulations to the President and a true friend @EmmanuelMacron on the election victory,” Ukraine President Volodymyr Zelenskiy wrote on his Twitter account in the early hours on Monday.

Breaking through the threshold of 40 percent of the vote is unprecedented for the French far right. Le Pen was beaten 66 percent to 34 percent by Macron in 2017 and her father Jean Marie Le Pen, who founded her party, got less than 20 percent against Jacques Chirac in 2002.