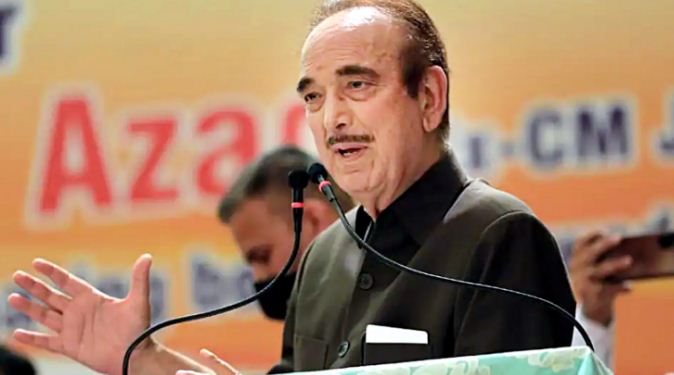 Indian National Congress’ fortunes keep spiraling downwards. Even as its Interim President Sonia Gandhi and her two ‘children’, Priyanta and Rahul prepare to go abroad for Sonia’s treatment, a major shock has reverberated across the party. Its senior leader Ghulam Nabi Azad has quit the party. He had quit the party’s J&K political affairs committee earlier.

In a letter to Sonia today (August 26), Azad said categorically that he resigns from all positions of the Congress party including the primary membership of the party.

He said in his resignation letter: “The Indian National Congress has lost both the will and the ability under the tutelage of the coterie that runs the AICC to fight for what is right for India.

He said he was resigning with a heavy heart. Azad is the head of the dissident G-23 and was ignored by the party for nomination to the Upper House. The group of 23 leaders were all vocal about a leadership change in the Congress and not being dependent on
the Gandhi family for every major decision of the Congress party.