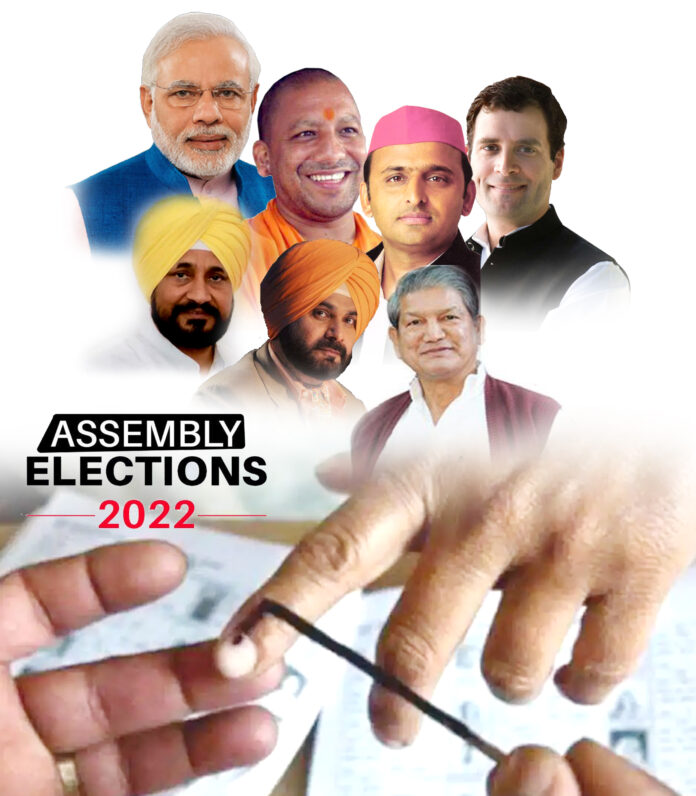 As per the ECI, Goa will have 1,722 polling stations in the elections. A total of 11,56,762 voters are eligible to cast their ballots in the upcoming polls.

While the Bharatiya Janata Party (BJP) holds the administrative powers in the state now, having won a close battle of wits over Congress the last time around, but this time the BJP is face to face with a tough fight. Apart from the Congress, which is getting stronger with recent defections from the BJP former ports minister Michael Lobo joined recently the Trinamool Congress (TMC) has also waded into the electoral race.

Former Chief Minister Luizinho Faleiro is now with TMC and the party has launched sports persons such as Olympic medal winner tennis player Leander Paes and national swimming champion and beauty queen and actor Nafisa Ali. Also Deepak Dhavalikar, the president of the Maharashtrawadi Gomantak Party, has allied with the TMC for a pre-poll alliance.

Goa is a major target for West Bengal Chief Minister and TMC supremo Mamata Banerjee, because she wants to transform her party into a national party, with the 2024 general elections in sight. Her strength comes from her stupendous victory over the BJP in the last assembly elections in her state.

Then there is the Aam Aadmi Party to contend with. While it is far away from Delhi, Arvind Kejriwal’s outlandish promises may come in the way of a proper poll scenario.

The BJP advantage has been in Congress leader Ravi Naik joined it.

Congress has tied up with the Goa Forward Party (GFP). The GFP had earlier shared power with the BJP in Goa, but withdrew its support in July 2019 after its three MLAs, including party president Vijai Sardesai, who was then Deputy Chief Minister in the Pramod Sawant-led government, were dropped from the cabinet.

After the demise of Manohar Parrikar, Dr.Pramod Sawant was elected by the Legislative Assembly as the 13th Chief Minister of Goa.

CONGRESS PROMISE
Congress General Secretary Priyanka Gandhi Vadra promised 30 per cent reservation in jobs for women if her party is voted to power in Goa. Other promises are as follows: