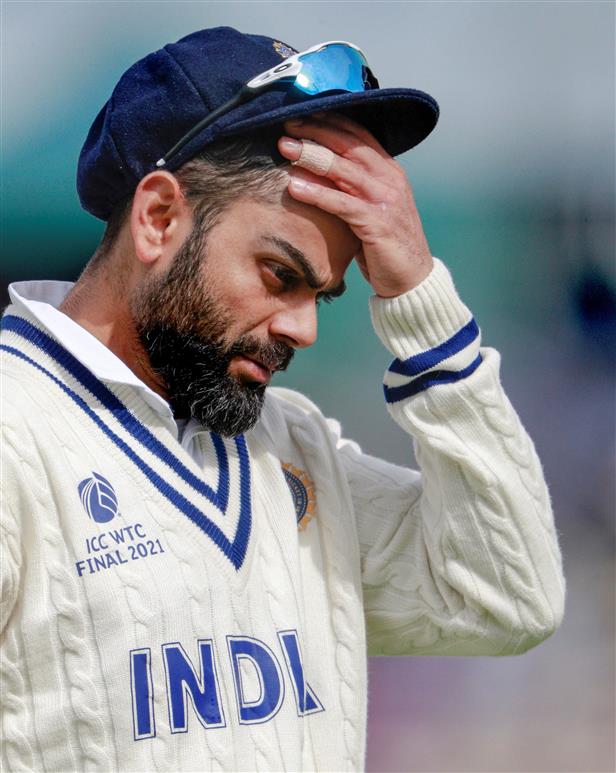 Super batsman and India’s most successful captain Virat Kohli has now resigned as skipper from all forms of cricket. He had earlier quit as India’s T20 skipper, followed by his exit from the ODI field on the selectors’ insistence. Then, on January 14, hours after India’s lost the Test series to South Africa, Virat made the huge announcement at the post-match team meeting at the Newlands dressing room.

He told his teammates that he had decided to quit Test captaincy as well, but told the players and support staff in the dressing room to keep the information under wraps. He said: “I ask a small favour, please don’t share with anybody outside the dressing room.”

Then, about 24 hours later, he stunned everybody as he broke the news on social media. He said: “Everything has to come to a halt at some stage and for me as Test captain of India, it’s now.”

Wrote Kohli in his Twitter post : “It’s been 7 years of hard work, toil and relentless perseverance every day to take the team in the right direction. I’ve done the job with absolute honesty and left nothing out there. Everything has to come to a halt at some stage and for me as Test Captain of India, it’s now.”

REACTIONS ON TWITTER
Sir Vivian Richards : Congratulations @imVkohli on a stunning run as the Indian captain. You can be very proud of what you have achieved so far, and for sure, your name will be up there among the best leaders in world cricket.

Sachin Tendulkar: Congratulations on a successful stint as a captain, @imVkohli. You always gave 100% for the team and you always will. Wishing you all the very best for the future.

Yuvraj Singh : It’s been a remarkable journey King Kohli @imVkohli! Very few have been able to achieve what you have. Gave your all and played like a true champion each time. May you grow from strength to strength! Onwards and upwards.

Jasprit Bumrah : Integrity, insight and inclusivity. Your contribution to the team as captain is invaluable, you’ve been a great leader to this side. It’s been a pleasure playing under you.

BCCI : (Thanks for your) “admirable leadership qualities that took the Test team to unprecedented heights”.