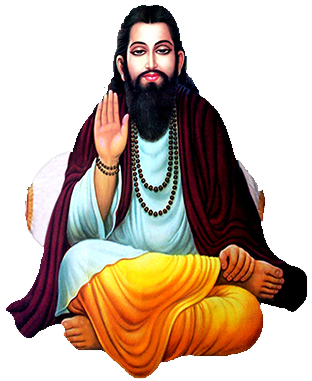 Wednesday marks the celebration of Guru Ravidas Jayanti across the nation. This year would be the 645th birth anniversary of Ravidas.

Guru Ravidas was an Indian mystic, poet, social reformer and spiritual guru who made remarkable contributions in the form of devotional songs, verses, spiritual teachings during the Bhakti movement.

Born on Magha Purnima in 1377 CE at Manduadih in Varanasi, he was a great social reformer and spiritual guru. He wrote 40 poems in the Adi Granth, which is the sacred scripture of  Sikhism. He actively opposed the caste system, promoted communal harmony, spiritual freedom and championed equality. Shri Guru Ravidas Janam Asthan is the name given to his birthplace. His birthplace holds special significance for all his followers He was also the spiritual guide of Meera Bai.

RAVIDAS JAYANTI CELEBRATION
Guru Ravidas was a very popular saint with a massive following during his time. His devotees observe the saint’s auspicious birth anniversary by taking a dip in the holy river, performing ‘aarti’, carrying out ‘nagar kirtan’ and reading ‘Amritbani Guru Ravidas Ji’.

GURU RAVIDAS JAYANTI: QUOTES
A popular verse of Ravidas that was translated by Winand Callewaert and Peter Friedlander says:

“This experience is such,

that it defies all description.

I have met the Lord,

Who can cause me harm?

For him who knows Hari and the sense of self,

no other testimony is needed:

the knower is absorbed.”