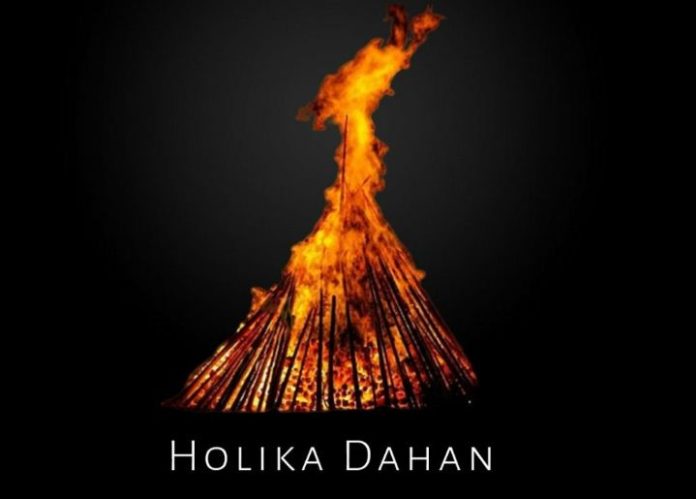 Holika Dahan is a major part of the festival of Holi. This traditional ritual involves the burning of an effigy of a mythical demoness named Holika. It is an important ritual that precedes Holi. It is celebrated on the full moon night of the Phalgun month, according to the Hindu calendar. According to mythology, it’s a way of celebrating Lord Vishnu’s act of vanquishing Holika.

This year, Holika Dahan is being celebrated on today (March 17). It is the day of the full moon of the Phalgun month.

Furious that his own son Prahlad continued to be an ardent devotee of Lord Vishnu, he planned to kill him with the help of his sister Holika, who had a boon to protect herself from fire. The king asked his sister to hold Prahlad and sit on a pyre. Holika burned in the flames but Prahlad was saved by Lord Vishnu.

Thus, on the eve of the festival —Holika Dahan — large bonfires are lit all over the country to symbolise the moment good triumphed over evil. People perform rituals and throw dry leaves, wood and twigs into the fire.