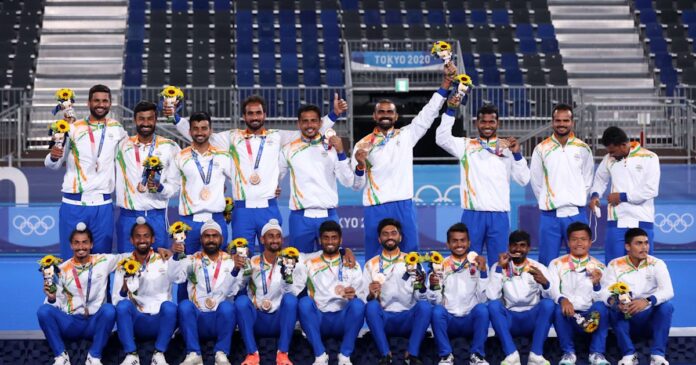 How Indian hockey made its turnaround

The last time the Indian hockey team won any major medal or trophy was at the truncated – six teams only – Moscow Olympic Games, where we won gold. The V Baskaran-led team remained the lone star for 41 years, belying our incredible history of 10 earlier medals, including seven gold medals. Hockey was slowly being dispatched to the sidelines of Indian sport and public memory, short as it is, was losing a handle on it.

Then came the Tokyo Olympic Games. Not that there was anything special to identify within this Manpreet Singh-led team, but they climbed Himalayan heights, ultimately finishing with bronze. For a country which has been, ad remains, legends in the sport, a bronze may be just a shiny speck on a vast landscape. But that little speck has brought back memories and rekindled hope of millions of hockey aficionados across the country.

Disaster struck in Indian hockey with sheer administrative failures. Indian Hockey Federation chiefs behaved like rajahs of yore and any lack of non-servile attitude of any player or coach resulted in complete banishment from the scene. Despite the presence of incredible players, such as Dhanraj Pillay, Mukesh Kumar, Baljit Singh Dhillon, Baljit Saini, Dilip Tirkey etc., the system, under the likes of corrupt police chief KPS Gill, as well as Jothikumaran – earlier MAM Ramaswamy, too – was rotten o the core.

The Tokyo show was a happy state of affairs, and the players know there is no shortage of opportunities now. Even in Sydney 200, there was a chance of the Indian hockey team making it to the semi-finals if they beat a lowly placed Poland. In that match, however, Dhanraj Pillay was a virtual spectator and the coach-player equation could not have been worse. India missed the opportunity.

Not that India did not try. They imported probably the best player-coaches from around the world, such as Ric Charlesworth, Barry Dancer, Roelant Oltmans, Terry Walsh etc. but the system beat them down and they, in turn, beat a hasty retreat.

When Jothikumaran was caught taking a bribe in a sting operation, and Narinder Batra took over the system was slowly rejuvenated. The results now show. The junior team won the junior World Cup, which means that there is a regular supply of good players for the senior team. As both the men and women made it to the semi-finals, the country looks forward to be foremost again, in the world.