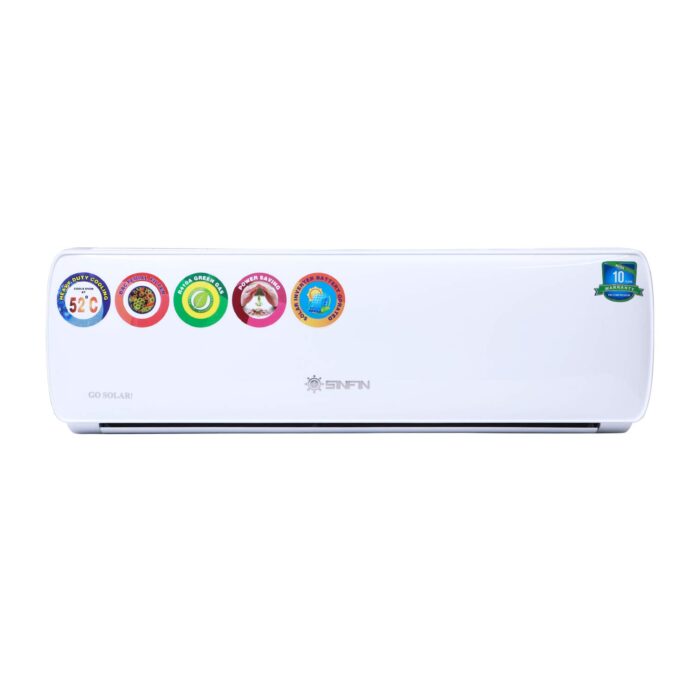 With the weather cooling down, this is the time to take stock of your air conditioning requirements. The demand is low and there will soon be discounts on the market. However, what we will talk about today is another type of AC that requires no input from the electricity supply of your house and runs on solar power instead. That is a massive saving for any family.

Regular ACs are okay, except for two things. They consume a huge amount of electricity, which is expensive these days, and also, this electricity, in India, is produced using fossil fuels, specifically coal. That harms the environment irreversibly. The new invention of solar ACs will be able to take households, and even the country out of this mess.

Let us face it, with the changing climate patterns – aided by global warming – summers have become much hotter, and ACs are no more just a luxury. They are used in homes, as well as in small offices, shops and where not. Plus, ACs are required in many places to keep food and medicines in a controlled climate.

There are inverter ACs, but that, too will require regular electricity to charge up. It does not really help. Plus, when you have more than one AC in the house or shop, these inverters become prohibitively expensive.

Solar power has been used extensively for a long time in meeting several power needs. India is a leader in this worldwide. However, its applications in ACs had been limited so far, especially in the limited use sector. With much of the country receiving a lot if sun in the summer, solar power, converted to electricity is a very sensible proposal.

Solar technology has advanced a lot too, and the efficiency level of solar panels has also increased. So, with around 8 months of sunshine every year, India has one of the best conditions in the world to harness solar energy. Solar panels can be installed on your rooftop and incur a one-time cost which may be very low, considering the money you will save on your electricity bills in the long run. A1kWp solar rooftop plant can on an average generate over 4.6 kWh (or 4.6 Unit) of electricity per day. The per kW cost for installing a solar panel is about Rs 50,000. The biggest bottleneck is the rooftop space in high-rise buildings. Without space it is not possible to install solar panels, which is a bottleneck, especially in Delhi-NCR.

An air conditioner also consumes a lot of energy. Depending on the tonnage of the AC and heat load in a room, an AC would consume about 1 to 2 units of electricity in an hour. A 1 kW Solar PV Panel would produce about 5-7 units in a day, which can get consumed in 4-5 hours of continuous running of an air conditioner. If other appliances in a setup are also added then the need for energy increases. And if the use of air conditioner is more, then the kW of solar panel required would be more and even the battery storage size needed would increase.

The use of solar panels has gradually become more and more widespread in many places of the world, where it was not considered an option not

too long ago. Still, there are quite a few doubts regarding the efficacy of solar power and whether they are able to meet the power requirements for high load devices such as Air conditioners and refrigerators.

Let us see how you can easily run air conditioners and other high power devices using your solar panel setup without having to spend a fortune. On-grid and Off-grid systems You can run air conditioners on both on-grid as well as off-grid solar systems. The only difference is that in on-grid systems you can run your appliances even when there is no electricity, which is not possible in the case of off-grid systems. If you are using an on-grid system, you should ensure that you install kVA inverters to handle high loads.

It is also recommended to install a higher kW worth of solar panels if your expected AC usage is higher than average. In general, it is recommended to run air conditioners within a capacity range of 3 kW to 10 kW depending upon the number of ACs you’re expecting to run and their average durations.

In the case of on-grid systems, you can easily support the running of multiple ACs in commercial office spaces or residences with electricity bills ranging from around Rs 1 lakh to Rs 5,000-10,000 respectively. Apart from this, one of the major reasons for setting up an on-grid connection is that you enjoy the benefit of net metering policies to avail credit in your monthly electricity bills.

In order to run an on-grid system, you will require government approval as well as dedicated roof space to set up your solar panels. The benefit  of installing on-grid systems is that the government offers a lot of added incentives for users. This manifests in the form of subsidies which will help you to reduce your costs to a certain extent. You can get different rates of subsidy in different states.

General conditions are that the system should be grid-connected, battery-less, with you as a domestic residential consumer to claim the benefits. How many solar panels do I need to run a 1.5 ton Air Conditioner? The number of solar panels that you require to comfortably run a 1.5 ton air conditioner depends upon the maximum kVA of the individual solar panels. However, we can recommend that you should get around 10 panels with wattage of around 250 watts each. In the case of 1 ton AC, it is best to set up 6 solar panels with 250 watts each.

How many batteries does it take to run an AC? Batteries are devices which store the converted light energy so that various household devices can utilize the energy to run everyday functions. In most cases, off-grid solar panel setups require batteries to store the power, which can be used later when there is no electricity available.

Most people would recommend a 4 battery setup with 150 mAh batteries if you are running a 1 ton AC. This might change as the AC capacity increases to 1.5 or 2- tons.

Nothing is a lot, actually