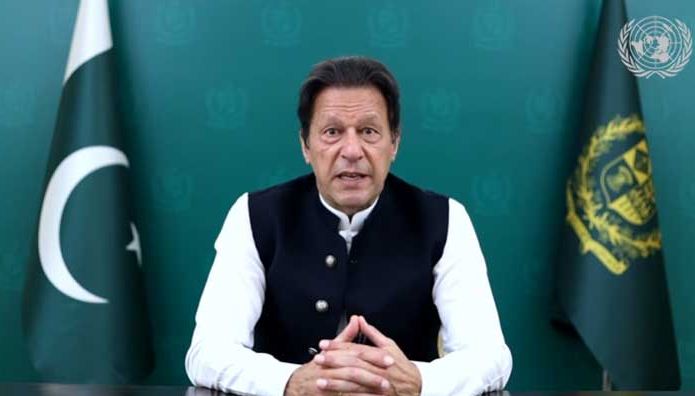 Last night, Pakistani Prime Minster Imran Khan sent out a fervent appeal to his country to take on traitors. It sounded more like a cry for help from a drowning man. It seemed the former Pakistan World Cup winning cricket captain, who said he fights to the last ball, had almost given up hope.

Addressing the nation ahead of the no-confidence motion against the Pakistan Tehreek-e-Insaf (PTI)-led government. He indicated that he will not resign from the post of Pakistan’s prime minister despite losing the majority in the National
Assembly. The no-trust vote will take place on Sunday (April 3).

Here are the top quotes from Imran Khan’s speech: