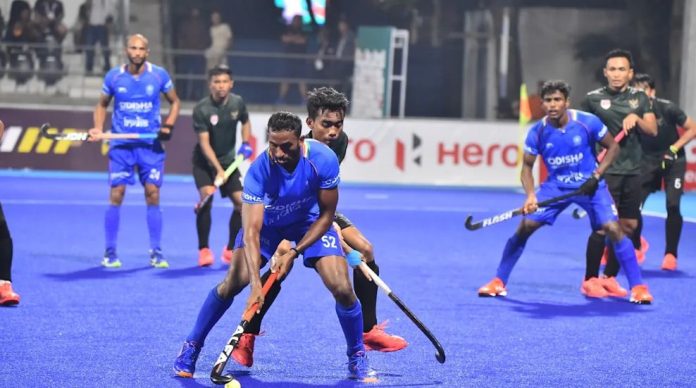 The Indian hockey team, which had started pretty poorly, being walloped by Japan, managed a wild 16-0 victory over hosts Indonesia, managing to punch above the 15-0 score line needed to make it to the knockout round of the Asia Cup hockey tournament in Jakarta. This not only took India to the next round from pool A, but also helped it push past Pakistan to second spot at the GBK Sports Complex Hockey Stadium.

India’s win also means that Pakistan is out of contention to qualify for the next year’s World Cup in India. Japan, who beat both India and Pakistan, maintained the top position with three wins from three games. Indonesia, meanwhile, finished fourth with three losses from three games.