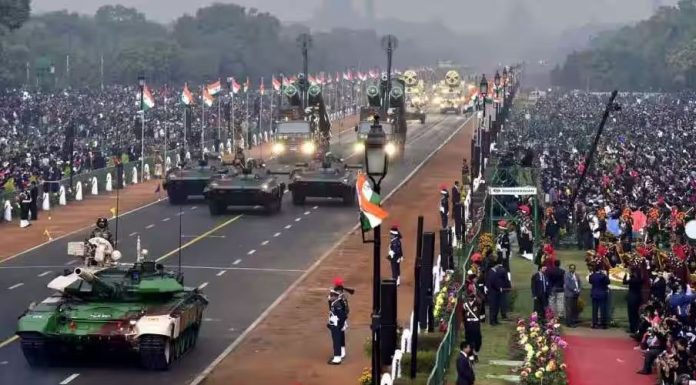 India is all set to celebrate the 74th Republic Day , January 26, with great enthusiasm.

Abdel Fattah El-Sisi, the President of Egypt, is the chief guest for the parade on January 26.

The Republic Day parade 2023 will include special official invitees, from rickshaw pullers to vegetable vendors, thus truly representing the spirit of a Republic nation. As per media reports, Shramjeevis (workers who helped build the Central Vista), their families, maintenance workers of Kartavya Path, and other members of the community such as rickshaw pullers, small grocers and vegetable vendors will be seated in front of the main dais during the parade. The theme of this year’s celebrations is the “participation of the common people” in all R-Day events.

Additionally, a 144-member marching contingent from Egypt will also participate in the parade. This is the first Republic Day parade since the venue, previously called Rajpath, was renamed Kartavya Path during the inauguration of the revamped Central Vista Avenue in September 2022. The number of seats for the parade have been reduced to 45,000, with 32,000 of these seats and 10% of the total seats for the Beating Retreat event available for online sale to the public.

The celebrations are scheduled to begin at 7.30 am  with the unfurling of the flag, followed by the national anthem. The parade will begin at 10 am and will be live streamed on state-run channels – Doordarshan and Sansad TV.

The 2023 Republic Day celebrations will also include scenes from the Ramayana and Mahabharata, showcase the cave shrine of Amarnath, feature a drone show and more.