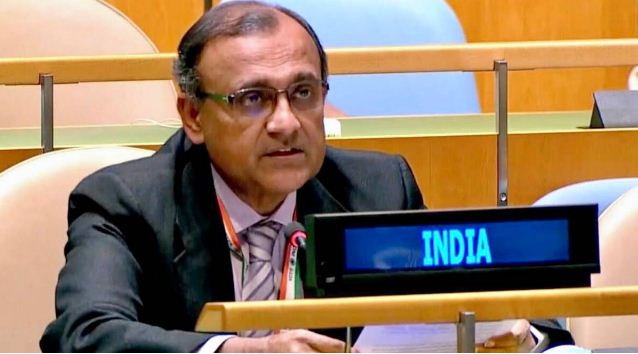 India, sticking to its strictly neutral stand, has abstained again from voting in the United Nations General Assembly on a draft resolution to suspend Russia from the Human Rights Council after the civilian killings in Ukraine’s Bucha that triggered shock and horror across the world. The suspension was carried out with 93 nations voting in favour of it and 24 against. There were 58 abstentions.

Citing reasons for its decision, India said, “We do so for reasons of both substance and process”.

“Since the inception of the Ukrainian conflict, India has stood for peace, dialogue and diplomacy. We believe that no solution can be arrived at by shedding blood and at the cost of innocent lives. If India has chosen any side, it is the side of peace and it is for an immediate end to violence,” India said.

“We continue to remain deeply concerned at the worsening situation and reiterate our call for an end to all hostilities. When innocent human lives are at stake, diplomacy must prevail as the only viable option,” said Indian envoy to the United Nations TS Tirumurti.

Since January, India has abstained on eight occasions on procedural votes and draft resolutions in the UN Security Council, the General Assembly and the Human Rights Council that censured the Russian aggression against Ukraine.

The only time a Member State was suspended from the Geneva-based Human Rights Council was Libya in 2011.