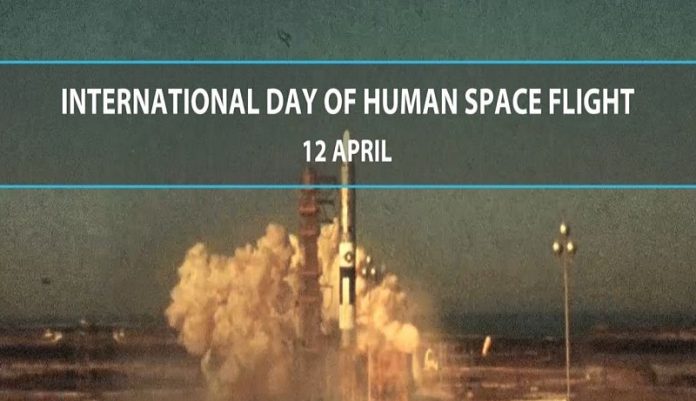 The General Assembly, declared  April12, as the International Day of Human Space Flight “to celebrate each year at the international level the beginning of the space era for mankind, restate the important contribution of space science and technology in achieving sustainable development goals and increasing the well-being of States and peoples, as well as ensuring the realization of their aspiration to maintain outer space for peaceful purposes.”

April 12, 1961 was the date of the first human space flight, carried out by Yuri Gagarin, a Soviet citizen. This historic event opened the way for space exploration for the benefit of all humanity.

The General Assembly expressed its deep conviction of the common interest of mankind in promoting and expanding the exploration and use of outer space, as the province of all mankind, for peaceful purposes and in continuing efforts to extend to all States the benefits derived there from.