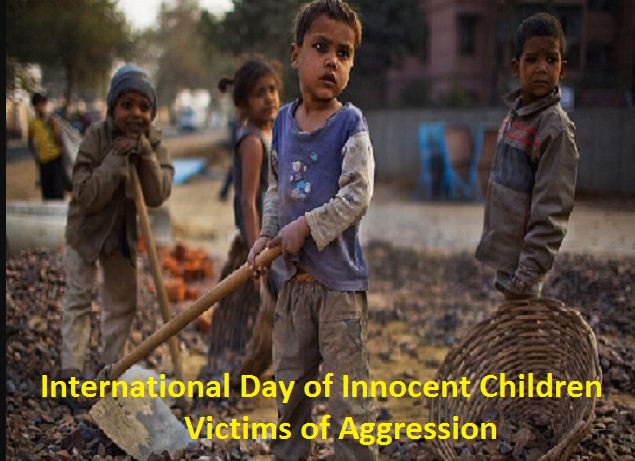 International Day of Innocent Children Victims of Aggression  is observed every year on 4 June to enlighten the public about the suffering of children across the worlds who are the victims of physical, mental and emotional abuse. The day marks the commitment of the United Nations to protect the rights of innocent children and safeguard them from such pain.

In 1982, the world got appalled by the news of a huge number of innocent Lebanese and Palestinian children becoming the victims of Israeli aggression during the Lebanese Civil War. Members of the UN General Assembly called for an emergency session to discuss the matter on 19 August. It decided to mark 4 June as the International Day of Innocent Children Victims of Aggression under the ES-⅞ resolution. Since then, the world marks the day annually on 4 June.