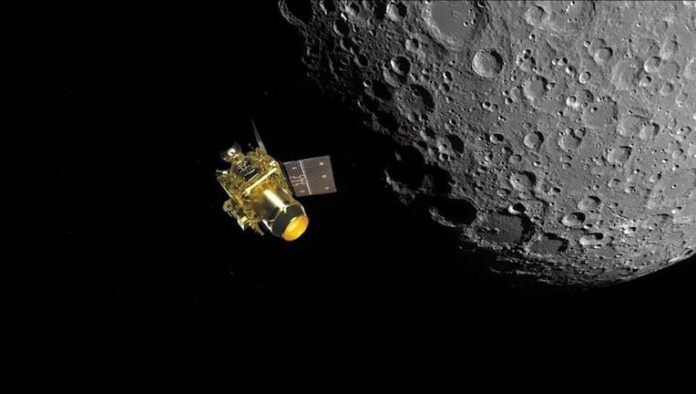 Following the long hiatus die to the Covid pandemic, India’s space body, the Indian Space Research Organisation (ISRO), launched its first mission of 2022 on February 14. It sent a new Earth observation satellite to space, along with two smaller rideshare satellites.

The PSLV lifted off at 5.59am from the first launch pad at SHAR. This was the 80th launch vehicle mission from SDSC SHAR, Sriharikota, the 54th flight of PSLV and the 23rd flight of PSLV in XL configuration (6 strap-on motors).

The satellite EOS-04 is realised at U R Rao Satellite Centre, Bengaluru. It is a Radar Imaging Satellite designed to provide high quality images under all weather conditions for applications such as Agriculture, Forestry & Plantations, Soil Moisture & Hydrology and Flood mapping. Weighing about 1710 kg, it generates 2280 W power and has a mission life of 10 years.

The vehicle also placed two small satellites a student satellite (INSPIREsat-1) from Indian Institute of Space Science & Technology (IIST) in association with Laboratory of Atmospheric & Space Physics at University of Colorado, Boulder and a technology demonstrator satellite (INS-2TD) from ISRO, which is a precursor to India-Bhutan Joint Satellite (INS-2B). Co-passenger satellites were successfully separated from the PSLV in a predetermined sequence.

ISRO Chairman Shri S Somanath congratulated team ISRO for the precision with which the mission was accomplished. He said: “The primary satellite EOS-4 has been put in a very precise orbit by the PSLV C52, and along with that the co-passenger satellites INS-2TD and InspireSat-2D have been placed in the right orbit. Congratulations to everybody who worked for this mission.”

EOS-03 launched on a Geosynchronous Satellite Launch Vehicle (GSLV) rocket that has yet to fly again since the failure; before the disaster, the heavy-lift GSLV had last launched in 2018, according to ISRO records. Sunday’s launch was the first PSLV launch in nearly a year, due to delays caused by the pandemic.

The mission’s main payload, EOS-04, was launched into a sun-synchronous polar orbit with an altitude of 329 miles (529 km), according to ISRO. Such an orbit gives consistent lighting to images below the satellite, making it easier to compare features on the ground from one observation to another.

Shortly after reaching orbit, the satellite successfully separated from its PSLV rocket upper stage and deployed its solar arrays, ISRO officials said. “This spacecraft is going to be one of the biggest assets for us to serve the country,” Somanath said.

The first launch of 2022 has set in motion Isro’s plans to conduct 18 other missions this year, including the high-profile launch of Chandrayaan-3 to the Moon and the much-awaited crewless launch of the country’s Gaganyaan mission.

The 54th mission of India’s workhorse PSLV saw the launcher climb up in the SSO. The space agency plans to conduct the PSLV-C53 mission in March, which will carry OCEANSAT-3 and INS 2B ANAND into orbit.

Kasauli, in the quiet hills