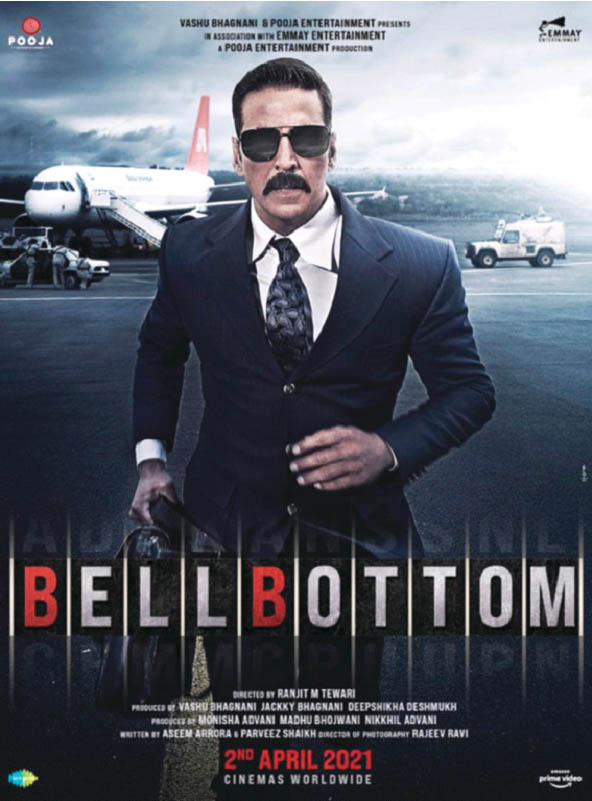 AS the Coronavirus ebbs, a big Akshay Kumar comes to the theatres and also on several OTT platforms. This is the first major production after the prolonged vacuum because of the pandemic.

The movie is a spy/terrorist/hijack thriller, involving a terrorist attack on a plane and hostages, a la Kandahar and Air India. It is based on true events, and even Late Prime Minister Indira Gandhi is depicted in the movie, but probably does not go that far, and neither has the film so far after release. The draw is not that strong, as per early reports, at the theatres, but it is supposed to pick up on the platforms. Attendance at theatres is still thin, and that could be the reason.

It was expected to gross around Rs 3 crore on the first day, but it may have done a bit less. We’ll have to see how it fares when theatres are allowed to let more than 50 percent audience in.
The film’s theatrical premiere was postponed to 2 April 2021 in January 2020.