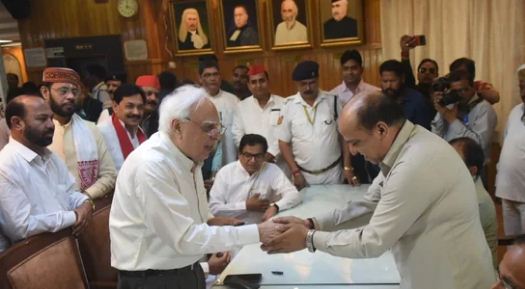 Senior Advocate and Congress leader and former Union Minister Kapil Sibal had quit the crumbling party on May 16. That is something he himself has confirmed. Today (May 25), he filed his nomination for the Rajya Sabha election in Lucknow, and guess who was beside him during the process? Samajwadi Party (SP) chief Akhilesh Yadav.

This means two critical things. firstly, Sibal will not look back at Congress, and secondly, if Akhilesh has helped Sibal in filing his nomination after the latter quit Congress, then the possibility of a Congress-SP alliance for 2024 grows weak.

Sibal talked to the media during the programme. He said: “I want to be an independent voice in Rajya Sabha.” What that means in these days of acute polarisation, only Sibal can say, but his leaving Congress is a big blow no doubt. Just the other day Hardik Patel and Sunil Jhakar resigned from the Congress and Hardik is nearer to the BJP than ever before.