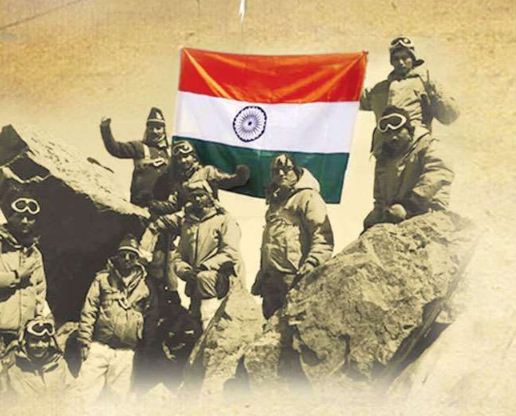 Today, India marks 23 years of triumph over the Kargil War fought against Pakistan. On July 26, 1999, the gallant Indian soldiers recaptured several mountains, perched at high altitudes in the Himalayas, that were invaded by the Pakistani intruders in Kashmir. This day celebrates the victory and sacrifices of our soldiers.

One of the significant wars fought in Indian history, Kargil war, was fought between May to July 1999 in the Kargil- Drass sector of Jammu and Kashmir when the Pakistani troops had unlawfully  invaded certain areas alongside the Line Of Control (LoC). This three month long combat between the two nations has been deeply entrenched in the minds of both the nations. In order to regain control of  the regions occupied by Pakistan, the Indian Army launched Operation Vijay.

The infiltrators had positioned themselves at strategic locations that gave them an edge in the high scaled war. Nonetheless, the Indian Army was able to gather intel from local shepherds and ascertain their positions.

Unfortunately, more than 500 soldiers were martyred during this long battle.