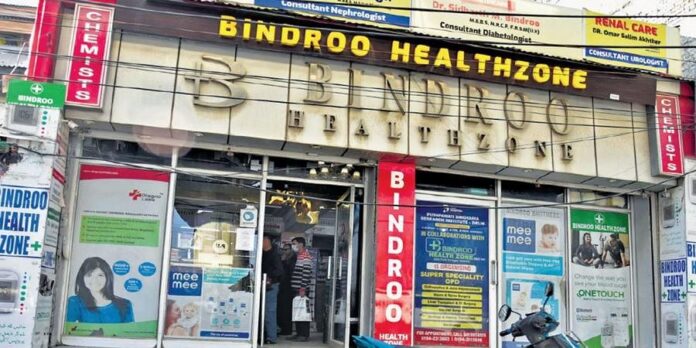 Kashmir has always been in the news, since the Republic of India coalesced into a nation; and some decades before that as well. Kashmir today is still that Heaven on Earth, but it is also a metaphor for trouble, of unrest, of a people whose dream of an ideal home never was, isn’t and probably will never be. It is not even ethereally as real as the Israelites’ quest.

Kashmir is in trouble again, a surge of violence raginmg across the valley. This included a spate of militant attacks on civilians – some random, come pointed – followed by widespread crackdowns by security forces. At last count 27 people have died, 11 of who perished to targeted shootings of civilians in Jammu and Kashmir in October.

One might go back to August 5, 2019, the day Article 370 was abrogated across Jammu and Kashmir and the state was carved into two. The region’s autonomy ended and people were put Lal Bindroo (68), owner of a prominent Srinagar pharmacy, was shot dead from point-blank range by suspected militants inside his shop at Iqbal Park, things started turning. Word was out that the targeted killings had begun, again.

The incident happened at 7pm, while Bindroo he was at his pharmacy dispensing medicines. He was rushed to a hospital where he was declared brought dead. “Mr. Bindroo had multiple bullet wounds in the upper body,” an official at the Shri Maharaja Hari Singh Hospital has been quoted as saying.

Bindroo was a Kashmir Pandit, one of the few among his community who did not migrate out of Kashmir after the onset of militancy in 1990. He stayed back along with his wife to continue operating his pharmacy, Bindroo Medicate.

Bindroo was the start. A few hours later a non-local bhel puri vendor was found dead on the roadside in the old city’s Lal Bazaar area. The police confirmed that he was also shot dead. The name of the vendor was Virender Paswan, who had come in from Bhagalpur in Bihar, doping his business and shacking up at the Alamgari Bazar area.

It did not stop there. The third was from the Shahgund area of Bandipora where terrorists shot dead another civilian, Muhammad Shafi Lone, a resident of Naidkhai.

As if that was not enough, a more daring attack happened two days later, when militants barged into the Government Boys’ Higher Secondary School, Iddgah Sangam, in the old city, and shot two from point-blank range before making their exit. The two Principal Supinder Kour (46), from Budgam’s Beerwah and Kashmiri Pandit Deepak Chand (38) – died of their injuries on the way to hospital.

A militant outfit called The Resistant Force (TRF) has claimed responsibility for the school attack, according to the police. Both the dead had migrated back to the valley from Jammu. To make things worse, on Octo ber 17, terrorists shot dead two workers from Bihar and injured another, having barged into their accommodation in Kulgam in south Kashmir.

Seven dead in six days spread panic among the minorities and non-local workers just when Union ministers were on a nine-week outreach programme in J&K. Said Lieutenant Governor Manoj Sinha, who chaired a meeting of security officials: “The attacks are a part of a conspiracy in the backdrop of increasing tourist influx and planned industrial investment in Kashmir.

A befitting reply will be given to the attackers. A befitting reply will be given to the perpetrators. The terrorists and their patrons will not succeed in disturbing peace, progress and prosperity of J&K.” It was also a disturbing development for local political parties, who have been trying to bring back a semblance of normalcy, so that the state can return to formal statehood soon. Peoples Democratic Party president Mehbooba Mufti has been quoted as saying: “Disturbing to see the deteriorating situation in Kashmir, where a minuscule minority is the latest target. GOI [Government of India]’s claims of building a ‘Naya Kashmir’ has actually turned it into a hellhole.

Its sole interest is to use Kashmir as a milch cow for its electoral interests.” National Conference vice-president Omar Abdullah said: “Words of condemnation are not enough for this inhuman act of terror, but I pray for the souls of the deceased to rest in peace.” Union Home Minister Amit Shah held an important high-level meeting on security issues that included these killings and DGPs of all states and Union Territories, and chiefs of Central Armed Police Forces (CAPFs) were at the meeting. That is the situation as of now. However, the problem is larger. Pakistan has always tried to bring in Kashmir into every dialogue and has even mentioned the state as the only way lasting peace can be achieved in the sub-continent. The context of such exhortations may have been something else, but like a broken record, Pakistan has time and again brought this issue up.

The Indian security establishment, as well as its politicians do maintain that there is a blatant Pakistani hand in all these killings. What has happened is that such instances have slowly but surely eroded the public’s faith in the system. That is not a good sign. Kashmir is a state in eternal conflict, the area is the most heavily militarised zone in the world and an money spent on securing the area is so enormous that it probably draws from several developmental projects from across the country.

Under such compulsions, there is little of worth that can be achieved. The big plans of social upliftment or infrastructure development sound hollow in the face of terrorist activities. In the end, though, the common man of the valley whether they be Muslims of Hindus suffer.

In the face of a serious and all encompassing action from security personnel in the valley, overarching political issues will get buried, again, for a long, long time.