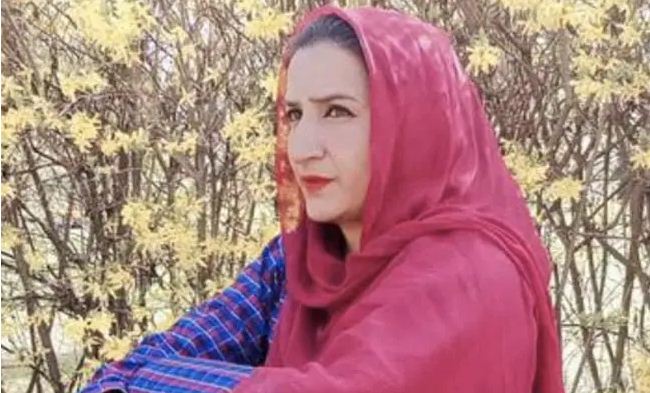 Within 24 hours of the brutal killing of a Kashmiri female TV actress, the police claimed (on May 26) that they had solved the case, having shot dead four Lashkar-e-Taiba terrorists, including two who were involved in the killing the female TV artiste. They were killed in separate encounters in Pulwama and Srinagar districts of Jammu and Kashmir.

The encounter happened at the Aganhanzipora locality in the Awantipora area of Pulwama district early on May 27 night, a police spokesman said. According to him two terrorists, who were responsible for killing TV artiste Amreen Bhat in Budgam district a day earlier, were trapped in the cordon.

Bhat was killed by unidentified terrorists in Budgam’s Chadoora area in Jammu and Kashmir on May 26, while her 10-year-old nephew was injured.

Jammu and Kashmir Police said that the 10-year-old nephew of the TV actress had a bullet injury on his arm.  The nephew is receiving treatment at a hospital in the district.

7 soldiers die, 19 injured as vehicle falls into Ladakh river
Seven Indian Army soldiers died and 19 were injured, some of them seriously, when the hired vehicle they were travelling in skidded off a road and plunged into the Shyok river in Ladakh on May 27. This happened in the Turtuk sector. The vehicle, from a private operator, fell from a height of around 50-60 feet, according to an official communiqué.

The men were initially rushed to a field hospital at Partapur, with the Army dispatching surgical teams from Leh, but seven of them were declared dead.

In the evening, the Air Force moved the injured soldiers to the Army Command Hospital at Chandimandir in Haryana’s Panchkula district.

IAS officer who ‘walked dog’ at Thyagraj Stadium sent to Ladakh, wife to Arunachal Pradesh
Bureaucrat Sanjeev Khirwar, who used to walk his dog in Delhi’s Thyagraj Stadium, has been transferred to Ladakh on May 26. The transfer order has been issued by the home ministry. The move from the ministry came hours after it was reported that the government-run Thyagraj Stadium was being closed for sports activities earlier than usual so that he could walk his dog at the facility. At present, Khirwar is posted as Principal Secretary (Revenue) in Delhi.

It was alleged in the media report that the Thyagraj Stadium was being closed for sports activities earlier than usual so that Khirwar could walk his dog at the facility.

Apart from this, the Home Ministry has also sought a report from Delhi Chief Secretary on the report of misuse of the facilities at Thyagraj Stadium by Sanjay Khirwar and his wife Rinku Dugga.

Kolkata is first metro with biodiversity register
Kolkata is the first metro city in the country to prepare a detailed register of biodiversity, city Mayor Firhad Hakim said. Kolkata Municipal Corporation released the People’s Biodiversity Register (PBR), a document with details about the flora and fauna varieties in the city as well as its land use and human activities on May21.

The 520-page biodiversity register of Kolkata has documented 138 species of trees, 26 types of Chinese vegetable, 33 species of medicinal plants and about 100 other plant species.

4 years in jail for OP Chautala
A Special CBI Court in Delhi has sentenced former Haryana CM OP Chautala to four years imprisonment in a disproportionate assets case. he has also been slapped with a Rs 50 lakh fine.

Special Judge Vikas Dhull on Thursday heard the arguments from the counsels for CBI as well as Om Prakash Chautala who was convicted in the case of acquiring disproportionate assets from 1993 to 2006.

The CBI had filed the case in 2005, and a charge sheet was filed on March 26, 2010, accusing him of amassing assets disproportionate to his legitimate income, between 1993 and 2006. Chautala will become the oldest resident of Tihar jail.

This is for the first time that the state government has taken such an initiative to break the protocol, persisting since Independence, of having the Governor as Chancellor of the state universities.

Indian Hyperloop
The Ministry of Railways have announced that it’s going to collaborate with IIT Madras for the development of a made-in-India Hyperloop system. It has also announced that it’ll be setting up a Centre for Excellence for Hyperloop technologies at that institution. India has shown interest in Hyperloop tech since 2017, by then Railway Minister Suresh Prabhu. In fact, the ministry also held talks with US-based Hyperloop One, but nothing had materialised.

After being set up, the proposed facility could offer the world’s largest Hyperloop Vacuum Tube that can be used as a Test Bed for future research for a Hyperloop system for the Indian Railways.

Today is US Independence Day