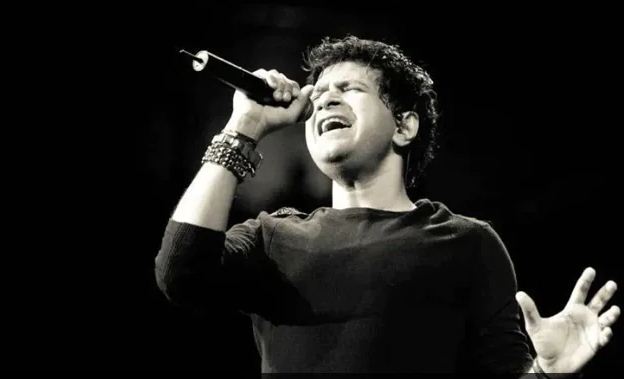 Famous playback singer Krishnakumar Kunnath, popularly known as KK, died suddenly on May 31 of a cardiac arrest in Kolkata, soon after he had completed a jam-packed show in the city.

The shocking death was, later reported, to be because of huge blockages in his heart, things that had got aggravated with the singing and dancing in the heat – the air conditioning was either not working or off at the venue, the Nazrul Manch in the southern part of Kolkata – and he collapsed after reaching the hotel. He had performed for over an hour.

He was 53, and is survived by his wife and two sons.

He was performing at the auditorium for a function organised by a college and the organisers had packed in around 7,000 in a hall that could accommodate 3,000. The overcrowding apart, the air conditioning was not working properly in the auditorium and ventilation was poor.

KK had a complained a couple of times about this during his show and had even asked some of the heat generating lights to be turned off. However, this had come to no avail.

As he reached the hotel he said he was “feeling heavy”, and soon collapsed. He was rushed to a nearby private hospital where doctors declared him brought dead. The hospital said: “KK was brought to the hospital around 10 pm. It’s unfortunate that we could not treat him.”

The doctors at the hospital said that they suspected a cardiac arrest to be the cause of his death. A senior officer of the Kolkata Police said a post-mortem was conducted on Wednesday to ascertain the exact reason for the death. The post mortem confirmed the blockages in the heart.

The telltale signs were there too. He was seen sweating profusely and wiping off sweat with a towel. He was complaining to people ion stage that the air conditioning was not working properly.

“KK was constantly requesting to switch off the spotlights and at intervals he was going backstage to take rest. However, not even once he expressed his desire to quit the show in between”, said one person.

A staffer of Nazrul Mancha described the situation during KK’s concert. “It was complete chaos. Bottles were thrown from behind. 8,000 people gathered while the capacity was 2,482. Because of this, the AC wasn’t functioning properly.”

Singer KK’s preliminary autopsy report has revealed he might have had underlying heart conditions.

The report said the iconic singer died of a likely heart attack, and also mentioned “myocardial infarction”, which could have caused the pumping of blood to Krishnakumar Kunnath’s heart to stop, sources said. If a person has latent heart disease for a long time, there is a possibility of myocardial infarction, sources say quoting the preliminary report.

“He had a major blockage in the left main coronary artery and small blockages in various other arteries and sub-arteries. Excessive excitement during the live show caused a stoppage of blood flow leading to cardiac arrest that claimed his life,” a doctor who performed the autopsy told a news agency.

“The vocalist had 80 percent blockage in the left main coronary artery and small blockages in various other arteries and sub-arteries. None of the blockades was 100 per cent.During Tuesday’s performance, the singer was walking around and at times dancing with the crowd which created excessive excitement that caused a stoppage of blood flow leading to cardiac arrest,” the doctor said.

Condolences
Prime Minister Narendra Modi said that KK will always be remembered through his songs. “Saddened by the untimely demise of noted singer Krishnakumar Kunnath popularly known as KK. His songs reflected a wide range of emotions and struck a chord with people of all age groups. We will always remember him through his songs. Condolences to his family and fans. Om Shanti,” Modi tweeted.

As an independent artist, his popular albums Pal and Humsafar stand the test of time and are a walk down memory lane for the millennials who are now all grown up today. One of the early hits of KK was the song Yaaron Dosti from the 1999 coming-of-age film “Rockford”, which is one of the best odes to friendship in the modern era.

KK was known for songs like ‘Pal’ and ‘Yaaron’, which went on to become big hits among teens in the late 1990s, often heard during school and college farewells and teen cultural events.