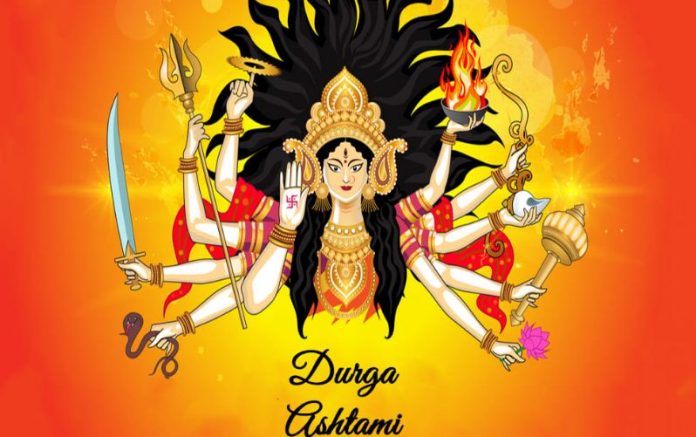 Durga Ashtami, also known as Maha Ashtami or simply Ashtami, is the third day of the four-day festival, which is celebrated in many Indian states and around the world mainly by the Bengali community.

Durga Ashtami is considered to be the most important day of the festival which begins with ‘mahasnan’ in the morning. This is followed by the installation of nine small pots that are then used to invoke the nine Shaktis of Goddess Durga.

Another special feature of Ashtami is the ‘Kumari Puja’, for which prepubescent girls are treated as Goddess Durga herself, and worshipped.