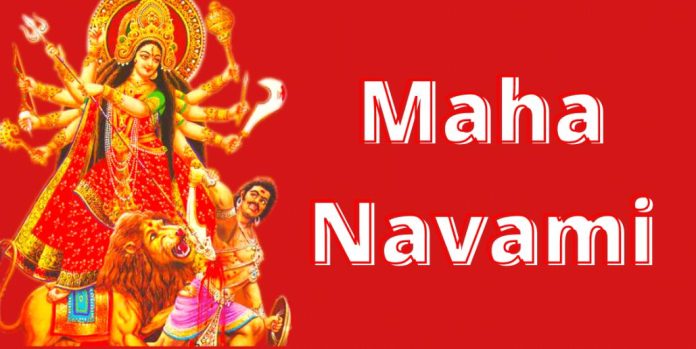 The third and final day of Durga Puja is Maha Navmi and the festival is followed by Mahasnan and Shodashopachar Puja. Maha Navmi, also called Durga Navmi, falls on the 9th and the last day of Navratri festival. According to the Hindu Calendar, Maha Navmi is observed in the month of Ashwin (9th day of Shukla Paksha).

Mahanavami of Navratri is also known as Shakti Sadhana. Maa Siddhidatri is worshipped on the ninth day of Durga Puja. Siddhidatri is the last form of Maa Durga. According to religious beliefs, Goddess Durga killed Mahishasura on Mahanavami, hence she is called Mahishasura Mardini. It is believed that by worshipping Goddess Siddhidatri on Navami with due diligence and devotion, devotees are blessed with good luck and accomplishments. On this day many people worship the kanyas and perform Havan ians break their fast.