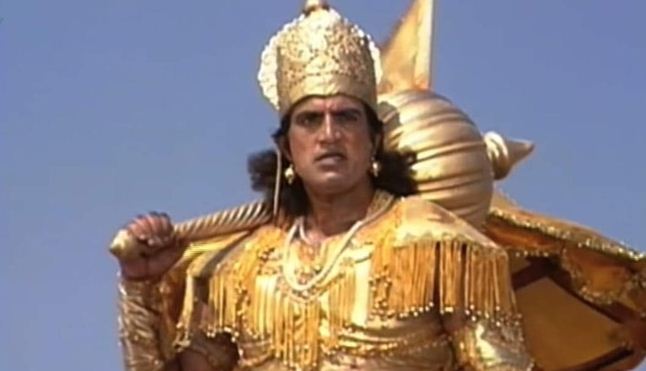 Praveen Kumar Sobti, earlier famous as two-time Asian Games gold medallist in discus throw, and later renowned as an actor who played the role of Bheem in the B R Chopra-directed TV show Mahabharat, passed away in New Delhi on February 14 evening. He was 74, and is survived by wife, daughter, two younger brothers and a sister.

According to a family member, Praveen had a heart attack at his home. “He had a chronic chest infection problem. At night, when he started feeling uneasy, we called the doctor at home. He passed away between 10-10.30 pm following a cardiac arrest,” the family member has been quoted as saying.

Praveen was in the Border Security Force or BSF before achieving sporting glory with medals at the Asian Games and the Commonwealth Games. He later had a successful acting career and joined politics. He featured in more than 50 movies like “Yudh”, “Adhikar”, “Hukumat”, “Shahenshah”, “Ghayal” and “Aaj Ka Arjun”.

Praveen joined the BSF at 20. While in the BSF, Praveen Kumar Sobti’s athletic talent gained him recognition. He represented India in the hammer and discus throw, winning gold medals for the discus event at the 1966 and 1970 Asian Games. He won silver medals at the 1966 Commonwealth Games and the 1974 Asian Games.

Sobti was just 19 when he won a discus throw gold and hammer throw bronze in the 1966 Asiad and his medals came when he was studying at the Khalsa College in Amritsar. following his acting career he also joined politics.

Praveen’s debut film was Raksha, in 1981, but shot to prominence after he played the role of Bheem in Mahabharats which had a successful run from 1988 to 1990.

He also played the role of Saboo in a television adaptation of Chacha Chaudhary which is a popular comic in India. Praveen Kumar also starred in Shahenshah, Ajooba, Aaj Ka Arjun and Ghayal. Sobti joined the Aam Aadmi Party (AAP) in 2013 and in 2014 joined the Bharatiya Janta Party (BJP).