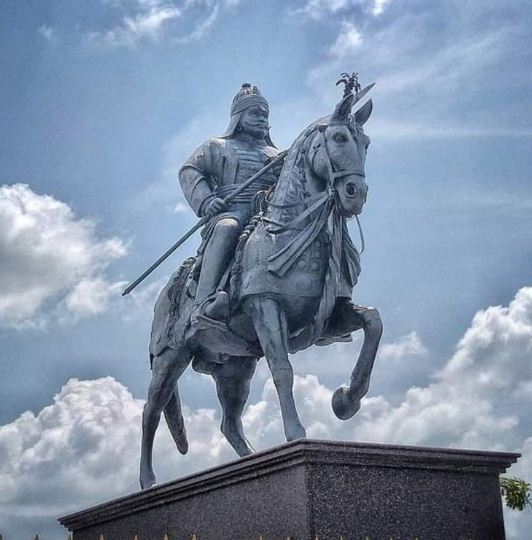 Pratap Singh, popularly known as Maharana Pratap, was one of the bravest Rajput rulers of India who ruled Mewar in Rajasthan for 35 years. While other Rajput rulers accepted the supremacy of Akbar, he was one of the few rulers in Indian history that stood strong against the mighty Mughal Empire.

This date is per the Hindu calendar, on the Tritiya tithi of Jyeshtha’s Shukla Paksha. This year, it is the 482nd birth anniversary of Maharana Pratap. The day will be celebrated today, June 2. The day is observed as a public holiday in some states such as Rajasthan, Haryana and Himachal Pradesh.

Maharana Pratap was born on May 9, 1540 in Rajasthan. His father was Maharana Udai Singh II, the ruler of the Kingdom of Mewar, with the capital at Chittor. As the eldest of 25 sons, Pratap was the crown prince.

In 1567, Chittor was surrounded by the formidable forces from the Mughal Empire of Emperor Akbar. Maharana Udai Singh II decided to leave Chittor, and relocate west to Gogunda, rather than capitulate to the Mughals.

Maharana Udai Singh II died in 1572, and after a power struggle with one of his siblings, Pratap Singh became the Maharana of Mewar.

His desire to reclaim Chittor would come to define the rest of his life. He resisted several peace treaties with Akbar, refusing to give up the independence of his kingdom. He fought bravely against overwhelming odds and never succumbed to the Mughals, but neither did he manage to gain the upper hand and regain Chittor.

Regarded as one of the strongest warriors in Indian history, Maharana Pratap was said to be, as per folklore, 2.26 m (7 feet 5 inches) tall. He would wear body armour of 72 kilograms (kg) and carry a spear of 81kg.

Maharana Pratap had 11 wives and 17 children. His eldest son, Maharana Amar Singh 1, became his successor and was the 14th king of the Mewar dynasty.

In January 1597, he was seriously injured in a hunting accident. He passed away, aged 56, on January 29th 1597. He died fighting for his nation, for his people, and most importantly for his honour.